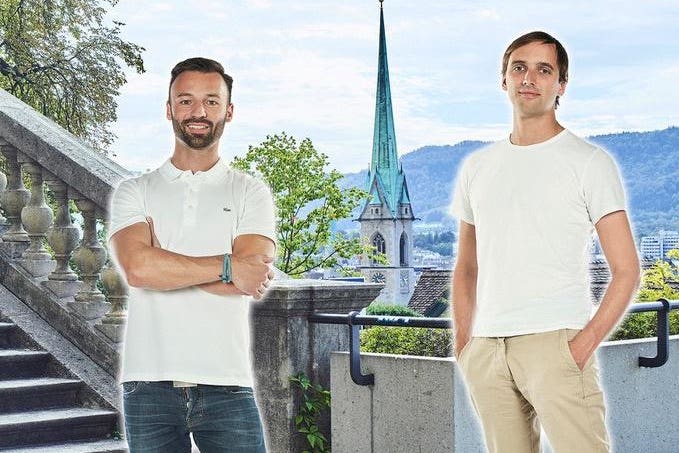 What it takes to win

In case you haven’t noticed, the scale has tipped over.

Individuals in today’s workplace have more influence than ever before in the history of work.

Even before the global pandemic, the emerging trends were clear: Employees increasingly valued meaning, integrity and empowerment – wanting to be seen as human beings, not human resources.

Now, if they’re not happy, they have more options than ever before.

To align the demands of talent with the demands of growing a business, leaders will need an expanded repertoire of leadership skills – to switch between radically different modes of being: knowing when to be decisive and focus on people. data, on the one hand, or empathetic and comfortable with ambiguity, on the other hand, for example.

This type of leadership versatility will be especially critical for companies looking to innovate and disrupt.

This is the space in which HOPR is playing. Co-founded by Sebastian BÃ¼rgel and Rik Krieger in 2020, HOPR uses blockchain technology to increase data privacy with a token-driven solution that lays the foundation for a more sovereign and secure Internet. It has grown to 19 employees in the past 15 months, with 12 team members based in Switzerland and the rest abroad.

I spoke with Rik about being a multifaceted leader, and in particular the communication challenges created by flexible and remote working conditions.

Rik: Leadership is increasingly becoming a game of 4D chess. People expect you to be the approachable team leader, but also the tough guy who makes tough decisions. They want freedom, to be heard and understood, but they also want safeguards. At the end of the day, they always expect you to step in and say, â€œNo, that’s too much. Stop. “

It’s not all about the money.

Rik: Yes, and they really care about values â€‹â€‹and transparency. For example, in an interview with a developer, I explained that we have an open salary policy and showed him the range for the IT team, including my salary.

He did the math on his calculator and said, “Yes, my other offer is 1.5 times more.”

â€œWell I can go to the limit of that range,â€ I said, â€œbut we have an open wage policy, so if I pay you a lot more than the others you have to provide a lot more and that won’t work. at all .”

He smiled and said, â€œI would have been very surprised and told you that I would not come if you had offered me a lot more now. “

So people appreciate it when we stick to our values. If we say, “Yeah, but for you we make an exception …”

Renita: How can you trust this person ?!

Rik: Exactly. So as a leader you have to be a chameleon, adapt to the situation, but also stay true to yourself.

It’s difficult because when you work with smart people and they challenge you on a daily basis. You have to show these various facets – strong and flexible, masculine and feminine, etc. – the 4D chess game is still active. It’s impossible if you don’t have a strong sense of yourself.

Renita: It takes self-awareness and energy to deal with this constant setback.

Rik: Yes, but when we see that it works on a daily basis, it restores energy. It also shows that you have found the right team. If your team members aren’t picky at all, then something is wrong. At least in a startup where you have to learn fast as hell.

Renita: So we are talking about a different kind of leader. Someone whose ego is not so fragile, who accepts to be challenged and does not need to know all the answers.

Rik: Absoutely. And in-person connection is crucial, especially in our combination of circumstances: technical work is often remote, crypto promotes decentralization and pandemic constraints on top of all that.

Here in Zurich, we organize ourselves so that everyone is at the office at least two days a week. This is to facilitate what I call “cafe communication”, where we can meet in the kitchen or stand in line for the printer, to create opportunities to talk about personal things that help us understand each other.

Because if you are chatting about a computer problem online, and you don’t say my newborn baby has cried for the past three days, then I’m not feeling very well.

Renita: Okay, we’re missing all the personal aside, the body language.

Rik: One of our employees – someone we really appreciate – was exhibiting unproductive behavior, complaining to other team members, but not to Sebastian or me.

It was in the middle of the pandemic, so he was working offsite. We originally said we would meet in person once a week, but he resisted and I gave up.

Finally, I said to him: ‘We have to talk, and not on Zoom. Bring a list of things you don’t like and we’ll sit in the same fucking office and talk.

And for four and a half hours we talked. Without even a bathroom break.

I changed my costume 100 times during this conversation, Renita, going between ‘I understand you, I hear you, I like you’ and ‘If you want to threaten us, you can leave the company. We would regret it, of course, but we’ll find someone else.

The next day he emailed saying, â€œIt was a great conversation. No, I don’t need more pay. No, I don’t need to work less. At the end of the day, I’m super happy here. And Rik was right that we have to meet once a week in order to speak personally. “

Renita: Wow, that just shows how face to face conversations can release the buildup of tension. You know how much of a frenzy you get when you’re mad at someone and when you see them in person you’re like, â€œOh, that’s not the devil. “

Rik: Exactly. We act differently in person. That’s why we need these human interactions, where we don’t just talk about business.

Give them the opportunity to shine.

Renita: So how do you find these people who have a growth mindset, who want to challenge and be challenged?

Rik: When people apply for a position with us, we give them a questionnaire of 20 to 25 questions. They range from “How do you like being supervised?” And “What bother you the most about other people and how do you deal with it?” To “Tell us something that you think is missing in the world.”

Their responses give us such valuable information about them as a person and whether there is a cultural match. Even with a simple question like “What’s your favorite color?” One guy said, “The light golden yellow on a buttery croissant when you take it out of the oven.” “

Great people don’t just want to do what’s expected. They want to take your ideas and develop them further, which is exactly what you need to be an innovative and disruptive business. As leaders, our job is to give them this opportunity to shine and be creative..

But Seriously: This chess game is far from over