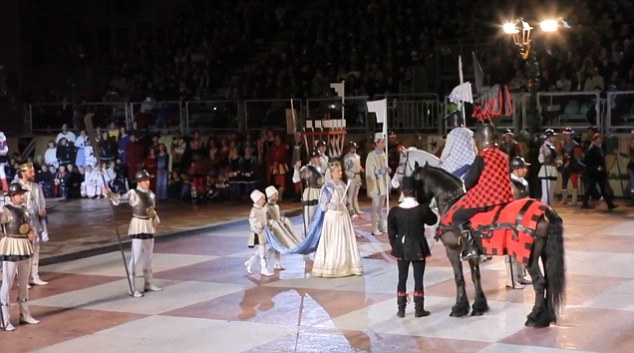 Checkmate! Watch the world’s most unique chess game… played with 550 people dressed as nobles and peasants as well as knights on horseback

By Trevor Quinn for MailOnline

If you like history, drama and strategy, the recreation of a medieval chess game played with real people and horses in Veneto, Italy is something to see.

This unique game is played every two years in September in Piazza degli Scacchi (chess square) in Marostica.

The remarkable two-hour extravaganza plays out with intrinsic medieval detail and a mix of 550 single-storey plays, all dressed in full medieval costumes.

There are also dozens of colorful gonfalons, fire shows, dancing and early music throughout the show.

The show, which attracts tourists from all over, is so successful that performers have been invited to travel to Toronto in Canada to perform their inspiring medieval routine.

The event was inspired by a real chess game, which was played with living pawns in 1454 when Marostica was a region of the Republic of Venice.

In 1454, two noble knights fell in love with Lionora, who was the beautiful daughter of the lord of the manor of Marostica Taddeo Parisio.

Living pawns: people and horses actively participate in the recreation of the medieval chess game of 1454 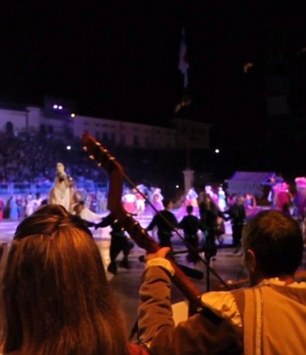 Medieval magic: soldiers parade during the event (left) while instruments are played by musicians (right) 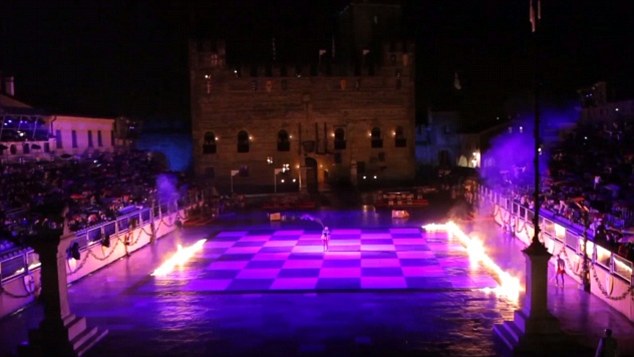 Fire show: a fire show is also part of the spectacular show which lasts two hours

It was customary at the time for two men seeking the hand of the same woman to engage in a duel, however, Mr. Parisio was reluctant to lose any of his men and he instead ordered them to each other. face off in a game of chess.

The unique game was set up with live pawns and the two men had to tell them what moves to make.

The game of chess took place in the middle of a festive day that attracted nobles and peasants and included music, parades of knights and foot soldiers, fires and jugglers.

The innovative event was designed as an ideal way to replace bloodshed with positive celebration and the success of the game of chess has been preserved and restored to this day. 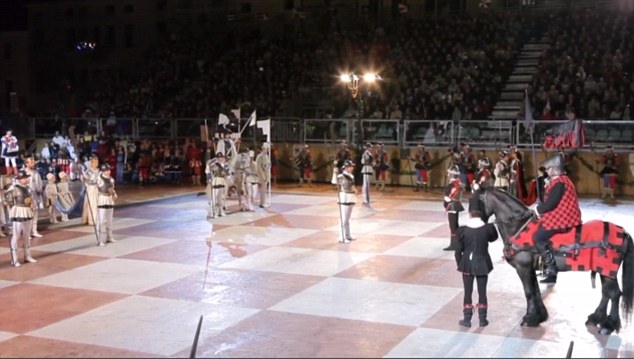 Next move: Soldiers and horses all line up in position during the remarkable game of chess 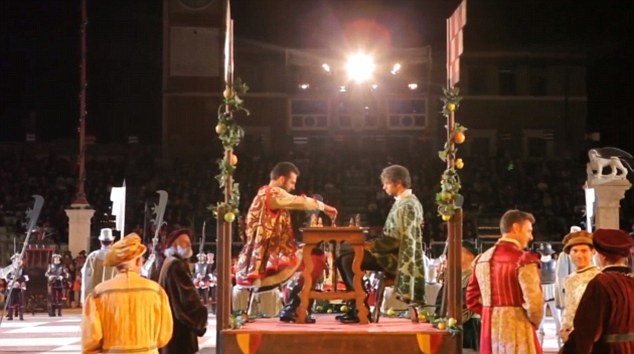 Game within a game: A game of chess also takes place between the two noble knights who inspired the event 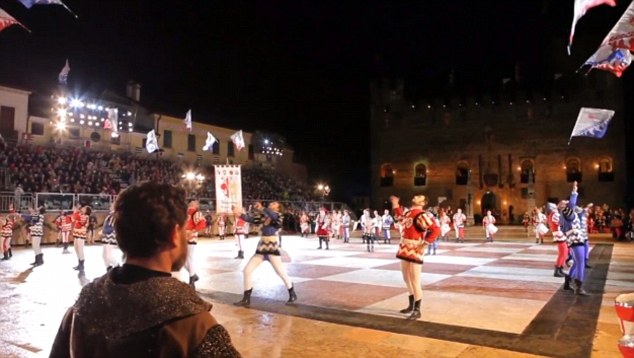 Colorful display: performers look up to the sky during the chess game at Marostica in Veneto, Italy