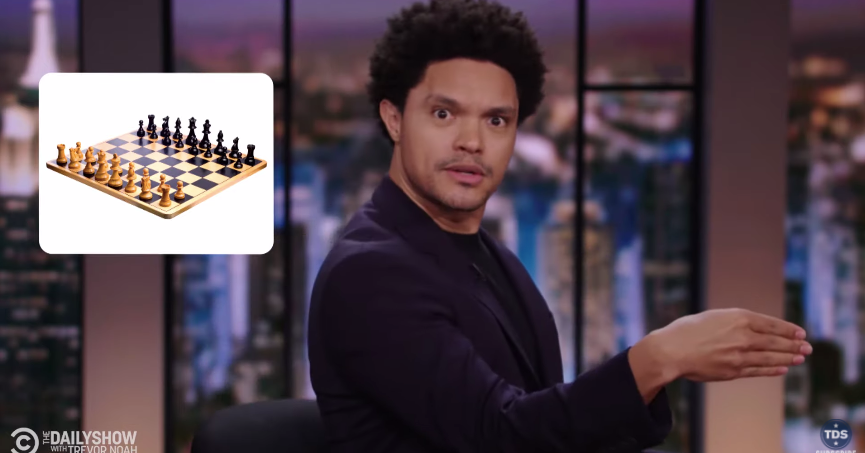 “But America is certain – it is certain – that Russia is still planning to invade. In fact, today the US Secretary of State even said that what Russia could do to justify an invasion is to launch fake or even real chemical weapons at itself and then blame the ‘Ukraine. Yeah, yeah, first of all, uh, spoilers, hello! — TREVOR NOAH

“Secondly, can you imagine this, staging a chemical attack on yourself to justify your invasion? It’s pretty messed up, especially for the Russian soldiers who have to carry out the mission: [imitating Russian soldier] “So we throw that at ourselves but it’s fake, huh?” [imitating another Russian soldier] “Yes, we will know when the bomb explodes. Mystery, excitement.’” — TREVOR NOAH

“And you know, people, as erratic as the Russians’ actions may seem, you understand what they’re doing right now, don’t you? They are playing chess. This is literally what chess is: [imitating chess player] ‘Oh, I’m moving on. I move back. I attack. No I’m not. The horse goes this way, then it turns. That’s what Russia does – and Russians love to play chess. They were designed for this moment. Meanwhile, the rest of us don’t play chess anymore. We love silly games now. We’re like, ‘Uh, I need a five-letter word that ends in de. Plaque? No.'” — TREVOR NOAH