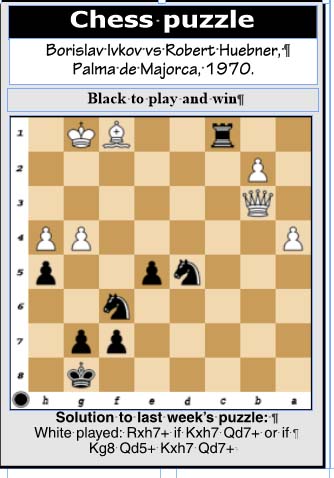 The best chess player is an intuitive artist

“You can’t ignore it and you can’t explain it”

What is intuition? It’s a quick and ready preview. We can’t explain it, but it’s real. Mikhail Tal, a Russian world champion, was a master of intuition as he constantly passed his opponents to the title of world champion. Tal couldn’t explain what intuition was, but he was using it anyway.

A world chess champion is someone who has sought perfection and found it, much like Leonardo da Vinci or Michelangelo or William Shakespeare or Beethoven or a mathematical genius. The coup de grace comes with a flash of vision. It is an intellectual and aesthetic beauty. As such, genius appears in any art form. He takes a situation composed of materials accessible to all and creates by pure imagination something unique and almost perfect.

Chess is practiced in the same way. Experts say that instead of using oils or stones or words or formulas, the chess player uses the pieces at his disposal. These are its raw materials. Her goal is to take them and forge them into something that expresses her own personality. It is a work of art.

I believe that when a player reaches the top, they have the ability to synthesize and come up with a seamless streak that separates them from all the others. Tal, Garry Kasparov, and Bobby Fischer, for example, were pretty much the same as geniuses in other fields. They made it to the top and there was nowhere to go.

Exceptional Grandmasters claim that they really feel the position on the board and that they understand well whether they are right or wrong. Fischer once said that when he gets a back pawn in a game, he becomes the pawn fighting to get out of a lower position.

The genius of chess thinks differently from others. The unexpected push comes suddenly. Sometimes the main blow is not obvious, but a smart opponent wonders why. What is his intention ? You look but you don’t see; however, you can anticipate a possible follow-up. Why did Anatoly Karpov play the prophylactic move against Kasparov? In Russia, they call it a movement of waiting.

Kasparov says we can’t really experience the spark of intuition in an area where we have little practical knowledge. When a savvy gamer finds the best shot simply present in their mind without combing through hundreds of variations, it is the power of intuition. That we cannot explain it or not understand it does not mean that this powerful force of gathered knowledge does not exist.