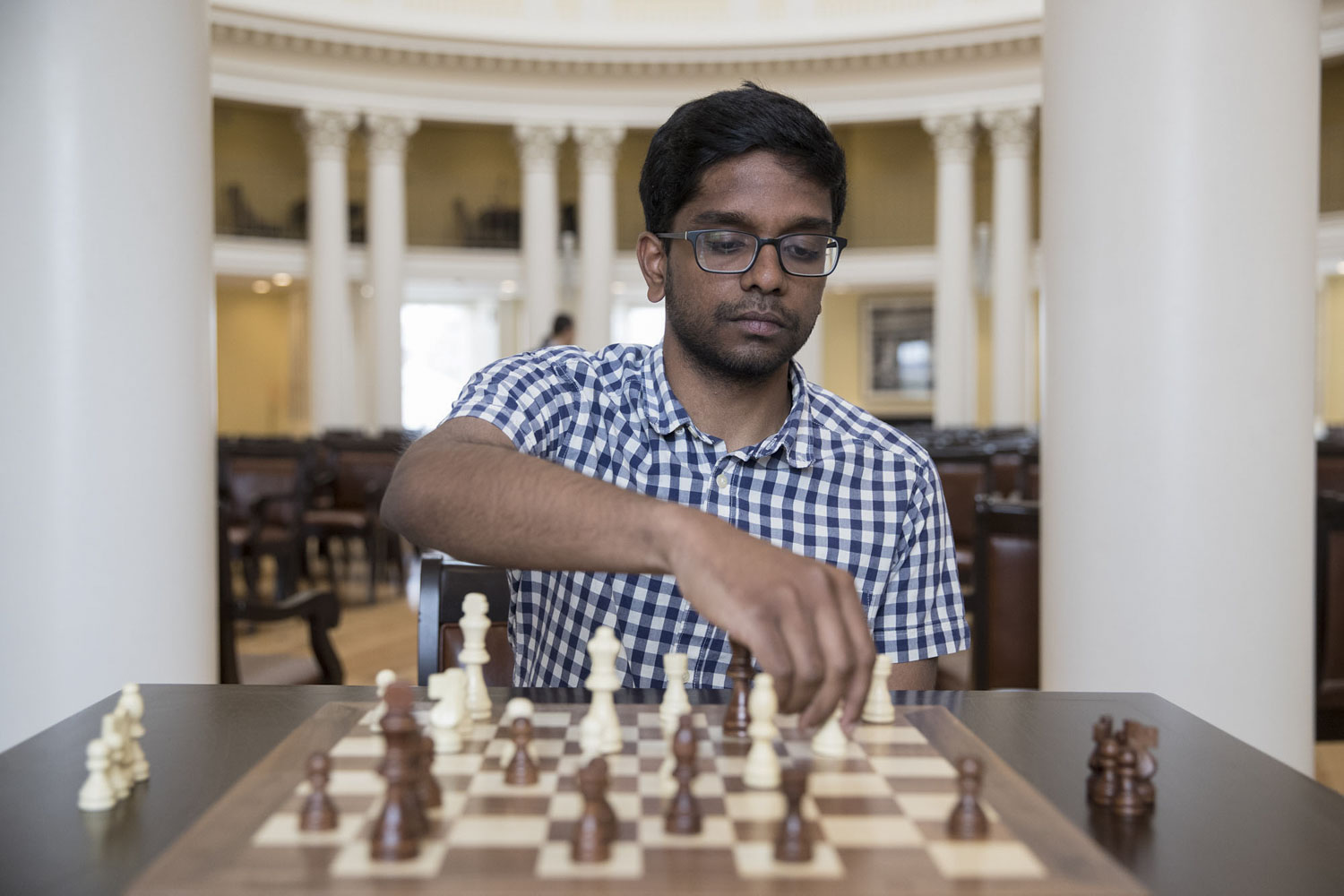 Student Spotlight: UVA’s elite chess player is an evangelist of the game

Oh, you don’t know the difference between the room that looks like a castle and how to castle? Karamsetty doesn’t care.

Not sure what it means to put your opponent on a fork or a skewer? Karamsetty doesn’t care.

Heck, you don’t even know for sure if you’re setting up the board correctly? Karamsetty doesn’t care.

“Basically, if someone comes to me and says, ‘I care about chess‘, then I make it my mission: ‘How can I help them as much as possible? from Virginia, a dual major in business (with concentrations in finance and management) and computer science and president of the UVA Chess Club. “I don’t care if you don’t know how to move the pieces.

“Come to the club, and we’ll teach you.”

Karamsetty is an incredibly talented player himself, having traveled the country and the world to prestigious tournaments and earned the distinction of “National Master” from the United States Chess Federation. But his greatest passion is teaching the game.

During the academic year, the UVA Chess Club meets Wednesdays from 8-10 p.m. in Newcomb Hall, room 177. If you have a UVA affiliation – student, staff or faculty – you are welcome to join. While the club is closed for the summer, it will resume next semester at the end of August.

You will receive a warm welcome from Karamsetty, play relaxed games with other club members and have the chance to listen to a Karamsetty lecture.

When Karamsetty was 4, he went on a family trip to India, where he was born and lived briefly before moving to Northern Virginia. During the trip, Karamsetty saw many cousins ​​playing chess. Karamsetty couldn’t play.

He took the game quickly. After playing for only a few months, the student beat the teacher. “I couldn’t tell you what that specific scenario was like,” Karamsetty said of the first decisive victory over his father. “I’m sure my dad could.”

Soon Karamsetty became obsessed and his father was always the great teacher. Even when Pardha worked long hours during the day, he stayed up late at night to work with his son. Some nights even after midnight.

Karamsetty played so much online chess that he had to get away from the computer.

“My parents must have talked me out of playing sometimes,” he said. “My mum said I was playing online so much she told me I could only play if I went out first.”

Karamsetty played his first official tournament in January 2003, just before his fifth birthday. A few months later, he finished fourth in the Virginia K-3 Championships. In December 2003, he tied for first at the Kindergarten Nationals.

Karamsetty’s current World Chess Federation rating is 2230 and he is ranked among the top 250 active players in the United States. In comparison, Magnus Carlsen, the world No. 1 player and current world champion, is rated 2843.

Karamsetty is working towards an international Masters distinction. To earn this, he must perform well in “normal” invite-only tournaments with high-quality fields. The only step after the International Master is the coveted title of Grand Master.

“I’m often asked, ‘Do you want to want to be a grandmaster?’ “, did he declare. “Absolutely. But I know how much energy, effort and time it takes. I would love to spend that time on it, but at the same time there are other things that are really close to my heart.

The 20-year-old has many interests, including working on technical projects and studying investing, interning this summer in Silicon Valley at McKinsey and Company, a global management consulting firm, and possibly working in setting up his business.

But there is no doubt that one of his main interests is teaching chess.

And that’s been a major interest for years. Back home in Northern Virginia, when he was in fourth grade, he and his father formed a club at Oak Hill Elementary School. They attracted over 50 students from kindergarten through sixth grade to attend regular weekly meetings.

He feels at home running the UVA Chess Club.

Karamsetty invites everyone to join the chess club. Many are intimidated by the game.

At the start of the school year, in particular, Karamsetty’s goal is to bring as many people as possible to the club and get them comfortable with the game.

“After about a month, if we’ve done our job and people feel like they’ve been exposed to failures and they’re coming back every week, then the next part is, ‘How can I focus on training these people?

During the spring semester, about 15 to 20 players regularly came to meetings and conferences.

Karamsetty would like those numbers to increase next fall when school resumes.

Chess is not just a game for Karamsetty. It is a tool to improve life in general.

“It has helped me take creative, unique and structured approaches to solving any problem that is presented to me,” he said. “It has also been extremely helpful in improving my focus, time management and problem solving skills.

“Chess had a profound impact on other parts of my life.”

I faced the best chess player in the world. You will totally believe what happened next.

When it comes to international chess, Trump is a master