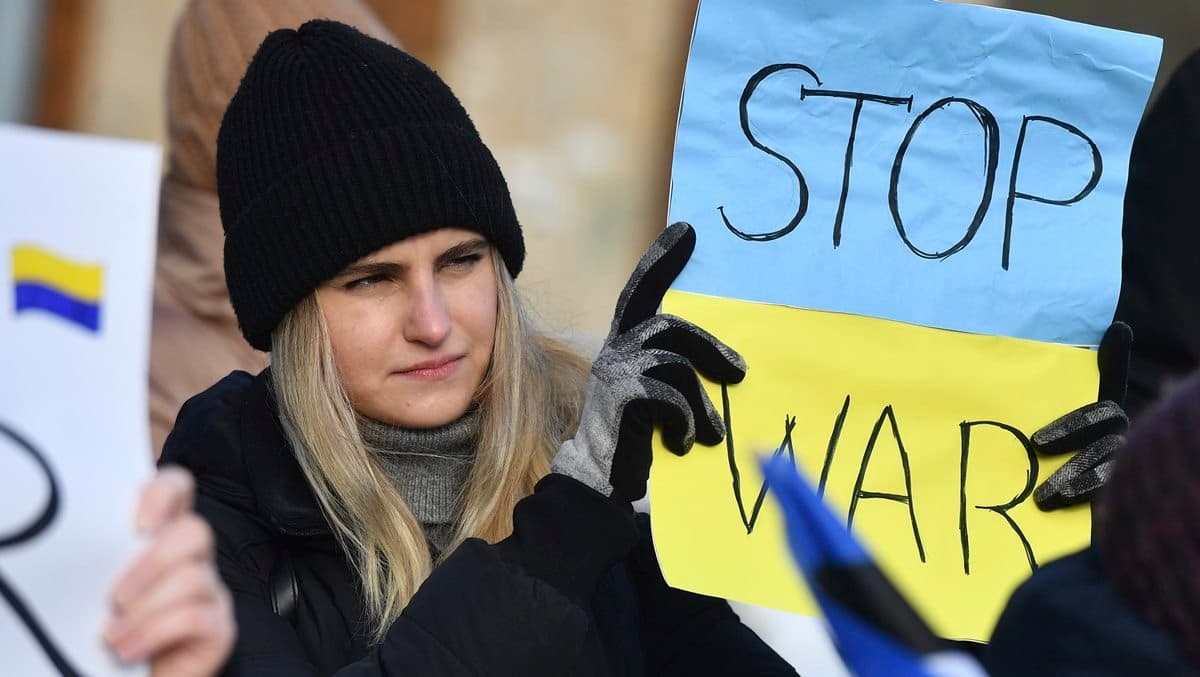 As sanctions are issued around the world against Russia for invading Ukraine, sport is sending a strong message and mounting pressure by boycotting events and tournaments in the country.

Russia launched its land, air and sea invasion on Thursday following a declaration of war by President Vladimir Putin. About 100,000 people fled as explosions and gunfire rocked major cities. Dozens were reportedly killed.

Russian teams were suspended from international football after the country invaded Ukraine.

The decision came from FIFA and UEFA on Monday, saying Russian national teams and clubs were suspended “until further notice”.

“Football is fully united here and in full solidarity with everyone affected in Ukraine,” FIFA and UEFA said. “Both presidents hope that the situation in Ukraine will improve significantly and quickly so that football can once again be a vehicle for unity and peace between peoples.”

In a sweeping move to isolate and condemn Russia after it invaded Ukraine, the International Olympic Committee on Monday urged sports bodies to exclude the country’s athletes and officials from international events.

The IOC said it was necessary “to protect the integrity of global sports competitions and for the safety of all participants”.

The International Olympic Committee has urged sports bodies to cancel or move all events they plan to hold in Russia and Belarus, and to stop using the countries’ national flags and anthems. The Olympic body’s request came after UEFA moved the Champions League final from St Petersburg to the Paris suburbs, and after the governing body of skiing and Formula 1 pulled the races coming from Russia. As a result, Vladimir Putin temporarily lost his highest official position in world sport. The Russian president is an avid judoka and competed in the sport at the 2012 London Olympics.

On Friday, Labor MP Chris Bryant urged the UK government to seize the assets of Russian billionaire and Chelsea owner Roman Abramovich, citing concerns over alleged links to corruption. Abramovich was identified by the Home Office in 2019 as having links to the Russian state as well as “corrupt activities and practices”, Bryant said, suggesting the UK should seize his assets and ban him from owning the football club.

Former heavyweight boxing champion Vitali Klitschko has said he will take up arms alongside his brother and fellow Hall of Famer Wladimir Klitschko to fight in what is a ‘bloody war’ after the invasion of their country, Ukraine.

Even Russian sports stars have come forward to express their concern over the current crisis. Russian tennis player Andrey Rublev wrote ‘No War Please’ on a TV camera moments after qualifying for the Dubai Championships final. Meanwhile, new men’s tennis world number 1 Daniil Medvedev said: “Watching the news from home, waking up here in Mexico, hasn’t been easy. Being a tennis player, I want to promote peace all over the world. We play in so many different countries; I’ve been to so many countries as a junior and as a pro. It’s not easy to hear all this news. … I am for peace.

Here is the list of Russia’s bans in the sports world:

– FIFA and UEFA said on Monday that Russian national teams and clubs were suspended “until further notice”.

– The Badminton World Federation has canceled all sanctioned tournaments in Russia and Belarus following the Ukrainian crisis. No other BWF tournaments will be awarded to Russia or Belarus until further notice.

– The Czech Republic have also refused to face Russia in the 2022 World Cup play-offs. Meanwhile, the Swedish football federation has maintained its objection to playing games against Russia after the invasion of Ukraine and expressed disappointment on Monday with FIFA for keeping the Russians in the World Cup qualifiers. Sweden’s official stance came a day after Poland and the Czech Republic said they would not accept FIFA’s attempted compromise ordering Russia to play without its flag and anthem at venues. neutral under the name of its federation _ the Football Union of Russia.

– Formula 1 has scrapped this season’s Russian Grand Prix in Sochi as the invasion of Ukraine has led to punitive measures across the sporting world. The F1 race was only scheduled for September in the Black Sea resort of Sochi, but the management of the motorsports series decided it would be “impossible” to stage the Grand Prix after discussions with the teams and the governing body of the FIA.

– Russia were stripped of the Champions League final host by UEFA on Friday with Saint Petersburg replaced by Paris. The showpiece final of the European men’s football season will still be held on May 28 but now at the 80,000-seat Stade de France in the Saint-Denis suburb of the French capital following the decision of the UEFA executive committee. This follows talks led by UEFA President Aleksander Ceferin which have involved the European Commission and French President Emmanuel Macron in recent days after concerns were raised about the status of Russia retaining such a prestigious event after its aggression against another European country.