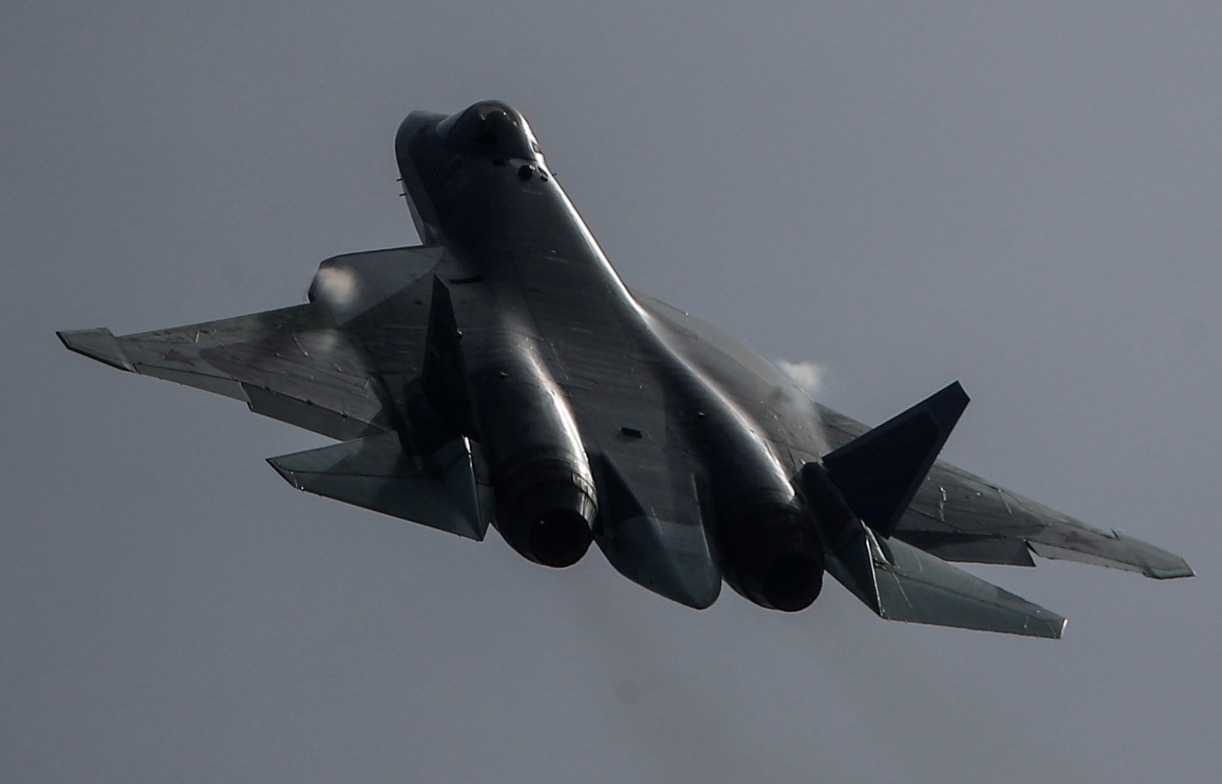 Earlier this month, Rostec released a brief video teasing the latest Russian jet fighter. While the clip did not reveal anything about the capabilities and configuration of the aircraft, the footage suggests that the fighter is primarily touted as an export commodity. The full extent of Rostec’s export plans remains unknown, but the video appears to imply that India, Vietnam, Argentina and the United Arab Emirates are being targeted as potential customers for the future aircraft. Yesterday, Rostec published a expanded version of the same video clip. The new version featured several close-ups of the new hunter, including his figure above the water. Plus, he took a quick peek at the control panels and avionics, afterburner images, and, finally, a distant and somewhat blurry front shot.

The aircraft is manufactured by Sukhoi – a subsidiary of Rostec – and is said to be called “Checkmate“, although this may be an internal project designation rather than an official name. Promotional footage from the fighter is loaded with chess imagery, centered around the dark knight piece which is prominently displayed on Rostec’s cover page promote the product. stills recently emerged from the Zhukovsky show site, claiming to show the new fighter in more detail. At the time of writing, it is not clear whether the aircraft shown in these images is a prototype or a mock-up of the finished production product. The fighter’s bort number in the photo suggested that the upcoming plane would be called the “Su-75”, but this has also not been confirmed. The aircraft sports a digitized gray camouflage reminiscent of the fifth-generation Su-57 fighter jet. Still, it’s too early to conclude that there is a significant degree of design or capability overlap between the two fighter jets. The Aviation Geeks Club contributor Tom Cooper noted that the fighter shown in the stills is “a sort of scaled-down YF-23 from Northrop (fin zone; the Russians are known to have liked this solution very much, already in the 1990s) and of the Boeing X-32.

It is widely believed that the new aircraft is a single-engine, single-seat angled tail fighter that is intended to serve as a cost-effective, export-oriented light stealth fighter. While the Su-57 is a next-generation air superiority platform in the same performance vein as Lockheed’s F-22 Raptor, “Checkmate” is apparently Russia’s answer to the F-35 Lightning aircraft. II. â€œThe teasers in English and the regions that the pilots presented in a video broadcast by Rostec [state tech corporation] suggest that the domestic light fighter will compete with the American F-35 aircraft in foreign markets, â€said the executive director of the Aviaport Aviation news agency, Oleg Panteleyev. TASS.

Either way, the world doesn’t have to wait any longer for full disclosure. Rostec’s next plane is expected to be presented on the first day of the MAKS-2021 airshow, which will take place July 20-25.

Mark Episkopos is a national security reporter for the National interest.

Image: Reuters. The image is of the Russian Su-57 stealth fighter.