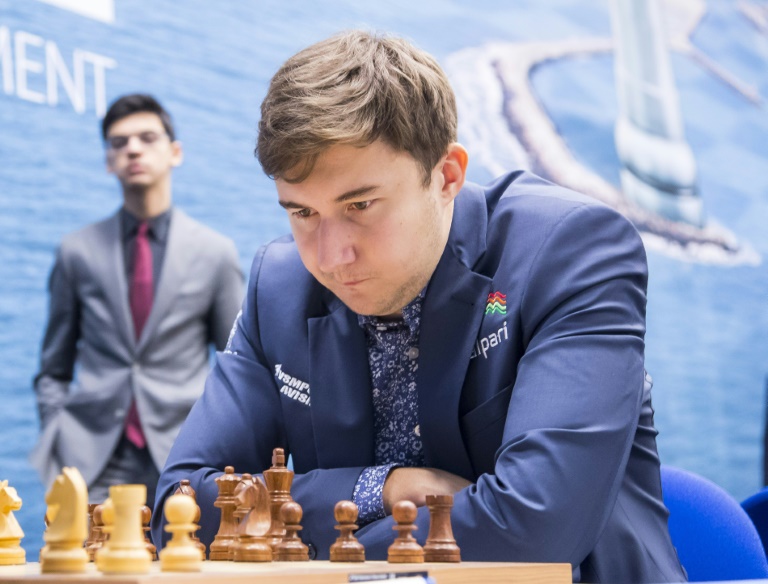 The organization’s ethics committee found that Karjakin, who in 2016 challenged world champion Magnus Carlsen for the title, had brought the game into disrepute with his social media comments.

The 32-year-old is a strong supporter of Russian President Vladimir Putin.

His statements “about the ongoing military conflict in Ukraine have generated a considerable number of reactions on social media and elsewhere”, with most rejecting Karjakin’s views, FIDE said.

Karjakin had issued a letter supporting Russia’s intervention, saying he hoped it would achieve “the demilitarization and denazification of Ukraine,” echoing the position taken by Moscow, the decision noted.

Karjakin also tweeted photos of what he said were Ukrainian soldiers holding a photo of Adolf Hitler, commenting, “This is Ukraine,” the decision added.

Karjakin is currently ranked 18th in the world. But the ban means he won’t be able to take his place among the eight players at Madrid’s Candidates Tournament in June to compete for the right to challenge Carlsen for the title.

On Monday, Karjakin denounced what he called a “shameful” decision by FIDE, posting from his Telegram account.

“I regret nothing,” he wrote, saying he was a patriot first and a chess player second.

The Russian chess federation has already said it will appeal the decision, denouncing what it called “discrimination”.

Last Wednesday, FIDE suspended the Russian and Belarusian national teams from chess tournaments, while allowing individual players from those countries to continue to compete.

Monday’s ruling cleared another Russian player, Sergei Shipov, of similar charges, saying his comments had been less provocative than Karjakin’s, that he was not as well known and therefore had much less impact. hearing.