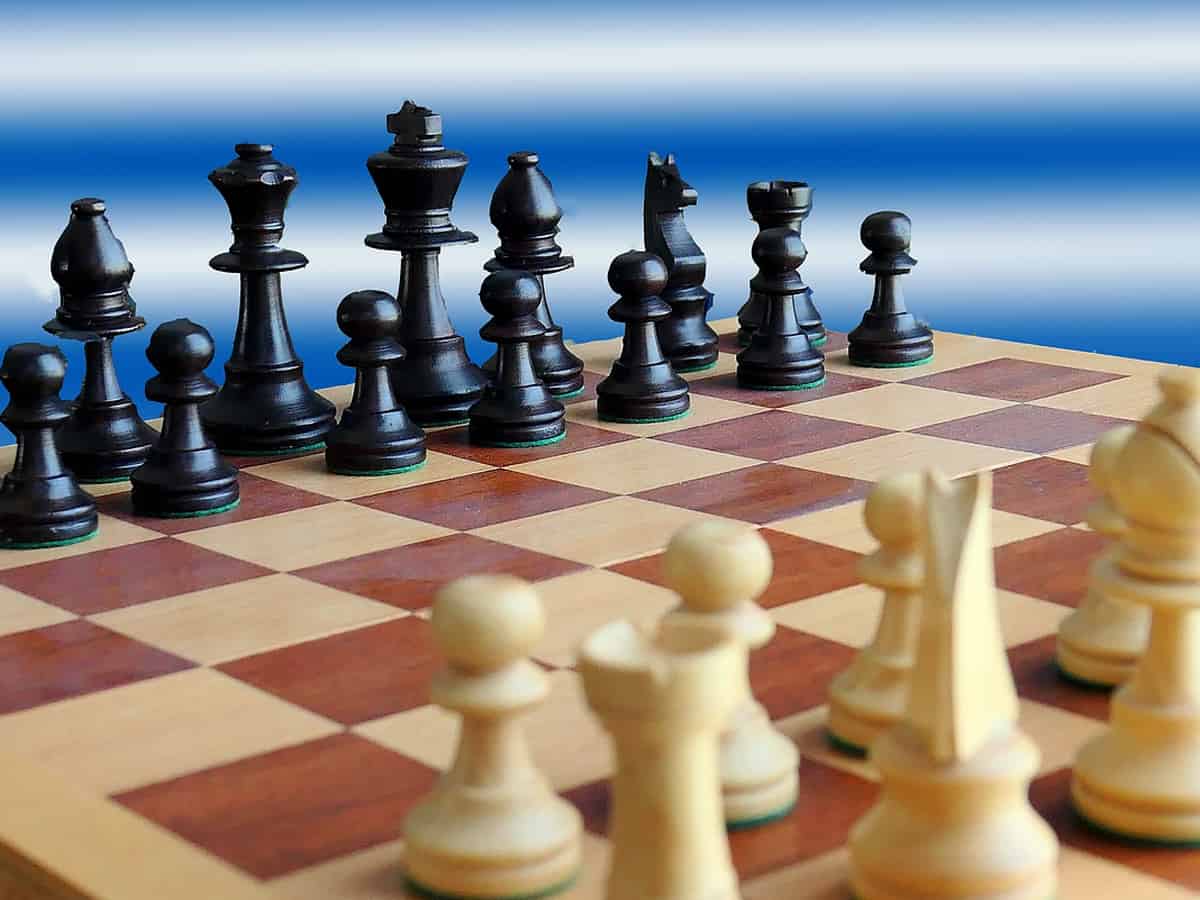 Chenai: After the two bronze medals at Chess Olympiad 2022, Indian chess players have won another bronze medal in an international chess tournament.

What is unique this time around is that the players were prisoners housed in Yerawada Central Jail, Pune, and the event was the Intercontinental Online Chess Championship.

The Indian team defeated El Salvador and won the bronze medal. Gold was won by the Philippines and silver by Colombia.

The tournament was organized by the International Chess Federation (FIDE) and the Cook County Sheriff’s Office (Chicago, Illinois, USA) and coincided with International Prison Education Day.

“Many prisoner chess players are strong enough to be assessed. Some can turn into chess coach for beginners,” Grandmaster Abhijit Kunte, an employee of the Indian Oil Corporation (IOC), told the IANS.

Around 85 teams from 46 countries took part in the tournament, which could also be called the “Chess Olympiad for Prisoners”.

According to Kunte, there was a selection event in India among prisoners from different prisons. In the men’s section, prisoners from Pune came first and the team from Prayagraj prison came second. In the female and juvenile (juvenile) sections, the teams were from Delhi.

Kunte is the ‘Chess in Prisons’ program coordinator of the IOC’s Parivarthan – Prison to Pride programme.

“The IOC launched the program on 15.8.2021 whereby prisoners from different prisons were trained in games that interested them. This was done so that the prisoners could have some positivity in their minds,” said Bhalchandra Joglekar, Deputy General Manager, Employee Services and Sports.

Interestingly, Joglekar is a former Ranji Trophy player for Maharashtra. “We launched the prison chess program in 2021. In 37 prisons the game was taught. Over the past three months, several top players have coached the prisoners in different prisons,” Kunte said.

Talking about his experience teaching chess in prisons, Kunte said inmates have a lot of free time and chess helps keep their minds busy. “Many prisoners told me that at night, lying on their bed, they were thinking about the games/movements they had played and how they would play the next day,” Kunte said.

“Many prisoners had played the game earlier and knew how the pieces moved. Some of them have good endgame knowledge,” Kunte added.

“Pune prison authorities were also helpful. They wanted the inmates to win a medal for the country and provided the necessary aid. It was a team effort,” Kunte said.

According to Joglekar, players were first trained with a traditional chess board and later they were given computers with an internet connection to practice chess online, Joglekar said. “The Yerawada chess team members were very excited to win their games. It is very difficult to describe their joy in words after winning the finals,” Joglekar said.

“The pride of representing the nation in an international tournament and bringing a medal to the country was very evident but cannot be described,” added Joglekar.

“I would like to congratulate all the participants, all the teams and everyone who got involved. I hope you enjoyed playing, representing your countries and, above all, that you improved your skills by learning and playing chess and communicating with other people. We all hope that at some point in your life you will be free to make your own choices, and chess will help you make those choices rationally,” said FIDE President Arkady Dvorkovich.

T-MOBILE US, INC. : Entering into a Material Definitive Agreement, Creating a Direct Financial Obligation or an Obligation Under an Off-Balance Sheet Arrangement of a Registrant, Financial Statements and Exhibits (Form 8-K)