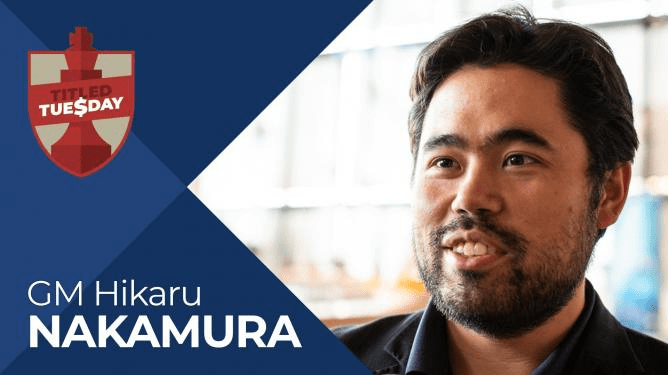 On the first Tuesday of the revamped Titled Tuesday with two tournaments a day, a familiar face won both events: GM Hikaru Nakamura, who twice scored 9.5/11. General manager Jose Martinez also won in both tournaments, finishing fourth in the 8 a.m. Pacific tournament and second in the 2 p.m. Pacific tournament. Second place at the start of the peloton belonged to GM Eric Hansen.

Start of the tournament

The most surprising match at the start of the tournament was the victory of MI Le Tuan Minh in the fourth round. The final position looks like a self-mate puzzle.

This became important when Le and Nakamura were tied at eight points at the start of Round 10. They played and Nakamura’s one-on-one win in that round was ultimately the tournament winner.

Hansen won in the final round to overtake a draw Nakamura, but the tiebreaker score was not close between the two.

The second tournament of the day had 328 players, but the result at the very top of the leaderboard was the same.

The final round was decisive, as is often the case. Martinez, in fact, led the tournament with 9/10 up front, after drawing with Nakamura in the ninth round. Nakamura and GM Aram Hakobyan were close behind with 8.5 points. Martinez played Hakobyan and they drew.

But Nakamura beat another community favorite, GM Daniel Naroditsky, in the final lap to join Martinez on 9.5/11. Once again, Nakamura’s wide advantage in the tiebreaker score earned him the tournament victory.

And so, it didn’t take long to get the first sweep of a titled Tuesday double. How about someone commenting once and winning once on the same day? Bok had his chance today, finishing 23rd in the second tournament, after commentating on the first.

Nakamura took home an additional $1,000 for his late win while Martinez earned an additional $750 for his runner-up finish. Hakobyan took $300 for third, GM Hans Niemann $150 for fourth and GM Dmitry Andreikin $100 for fifth. IM Marta Garcia won the $100 prizes as the best female in the field.