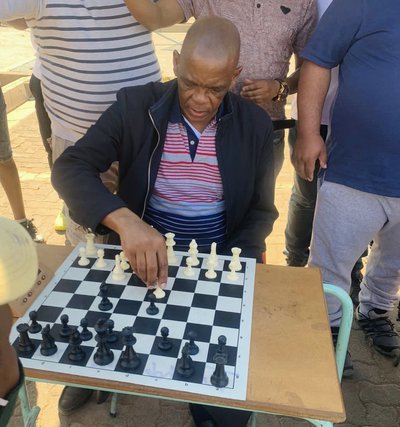 On the night that President Cyril Ramaphosa handed Secretary General Ace Magashule a letter of suspension, he also handed over a suspension to the President. Speculation about the legitimacy of Magashule’s suspension has surfaced.

He decided to clarify comments that his suspension letter was bogus and this was followed by photos of him playing chess.

I would call it “the opening of the photo shoot”! https://t.co/oZIYzUHgpm

He is also joined by other chess enthusiasts who poke fun at the irony of the image and his current political status.

You’re even holding a bad coin, SG. Ayy! Whoever took this photo, those standing behind you, and everyone who was there must be held to account. Phela this Khomanda is bad, where are you going to get this pawn? pic.twitter.com/WRmCK5Ip7F

If the Secretary-General did anything with this photo, it created more suspicion about the allegations against him for criminal prosecution due to the “posing”, as well as when he chose to share this photo .

Nevertheless, we are still waiting for more on the Ace Magashule pendant light.