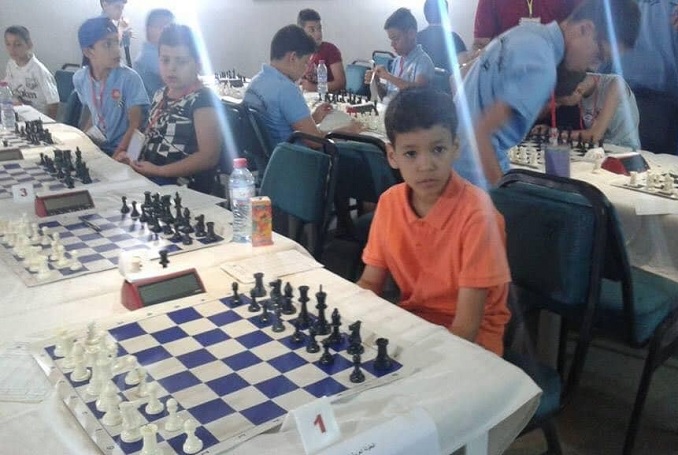 A 14-year-old Mauritanian chess player withdrew from the Junior World Cup because the draw prepared him to face an Israeli player, Middle East Monitor reported on Wednesday.

“I have decided to retire because I refuse to play with a representative of a fictitious country which in reality does not exist,” said Abdel Rahim Al-Talib Muhammad.

Talented player Abdul Rahim Al-Talib ranked 47th out of 215 players in the world.

“I have decided to retire because I refuse to play with a representative of a fictitious country which in reality does not exist” – Mauritanian chess player Abdel Rahim Al-Talib Muhammad (14) #Boycottisrael pic.twitter.com/y6j95BHeIv

The Mauritanian National League welcomed his decision and honored him on his return to the country.

“We salute our dear son Abdel Rahman Al-Talib Mohammed, this exceptional genius who honored our country and our people by declaring a boycott of the sinister Zionist face,” said Ghulam Al-Hajj, president of the league.

Israel is often accused of using its presence in international sporting and cultural events as a means to â€œcleanse sportâ€ of its human rights violations. Other Arab athletes have taken a public stand against the normalization of relations under the guise of sports diplomacy.

14-year-old Mauritanian chess player Abdulraheem Taleb refusing to play against an Israeli player is a pro-Palestinian gesture at the world championship for this age group. #Free Palestine #BDS https://t.co/mqvJX8E2Jf

Algerian judoka Fethi Nourine withdrew from the men’s 73kg event at the Tokyo Olympics last month after finding out he would face Israeli fighter Tohar Butbul in the second round.

This is the second time the athlete has withdrawn from his second round bout against the Israeli fighter, the first being at the 2019 World Championships in Japan. At the time, he explained that it was to show his solidarity with the Palestinians.

After Nourine left the Olympics, the IJF withdrew her Olympic accreditation, saying her actions were “totally opposed to our philosophy”.

â€œWe have worked a lot to reach the Olympicsâ€¦ but the Palestinian cause is more important than all of this,â€ Nourine said, declaring his decision â€œfinalâ€.

With Nourine absent from the matches, Sudanese Mohamed Abdalrasool, who was automatically qualified to face Butbul, also withdrew.

Mauritanian chess player withdraws from Junior World Cup; “will not play against Israel”