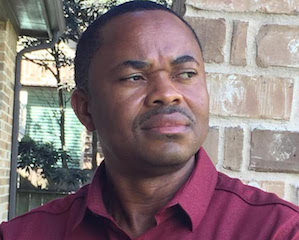 Hong Kong: Pearl of the Orient or Pawn in Chinese Chess?, By Osmund Agbo

Just two weeks ago, precisely on Sunday May 8, John Lee was elected (insert selected) the fifth Chief Executive of Hong Kong, as the leader of this island territory of China is known. This was an election where Mr. Lee was the only candidate and we were told that he won more than 99% of the votes cast by members of the election committee in a secret ballot. But China is not fooling anyone. The caricature of Hong Kong’s largely pro-Chinese election committee was just an elaborate ploy to present Beijing’s choice to the world.

Mr. Lee’s pedigree made him an ideal candidate to pursue China’s intentions in Hong Kong. After joining the police at the age of 19, he rose through the ranks, eventually becoming security secretary in 2017. It was in this position that he led the heavy-handed crackdown on anti-government protests that rocked the city in 2019 and many believe his election is a reward for doing the bidding in Beijing.

Before the arrival of the British, the area now called Hong Kong was just a small fishing community, located on the southern coast of China and surrounded by the South China Sea on all sides except the north. The Spaniards who first visited the area named it Ladrones, meaning an island of thieves, fitting Hong Kong’s bad reputation at the time as a haven for pirates. But it is also where the British came to buy certain Chinese products such as porcelain, tea and silk.

The Chinese, on the other hand, had little or no interest in European manufactured goods. So, over time, Britain found itself facing a huge trade deficit with China. Britain decided that the best way to remedy this imbalance was to smuggle opium into Hong Kong.

The move certainly reversed the trade imbalance, but came with a high price tag for China as it faced an epidemic of opium addicts. Furious at this development, China went ahead and destroyed British opium and refused to pay any compensation. This would eventually lead to the First Opium War which ended in 1842 in favor of Britain. China was forced to cede Hong Kong Island to Britain as spoils of war, under the terms of the Treaty of Nanjing signed by the two nations in 1898. China would regain control of Hong Kong after eighty- nineteen years old, whose lease expired on the midnight of July 1, 1997.

Under British control, Hong Kong has become completely westernized in almost every facet of life, ranging from education to culture and even Christian religion. The island flourished as mainland China faced periods of great instability. During the Second World War, the island was invaded by the Japanese who occupied it for a period of 3 years. This was later ceded to the British after Japan’s defeat by Allied forces.

Hong Kong operates a large capitalist service economy marked by low taxation and free trade, which is part of why it has become the city with the highest concentration of ultra-high net worth…

Checkmate in the boxing ring