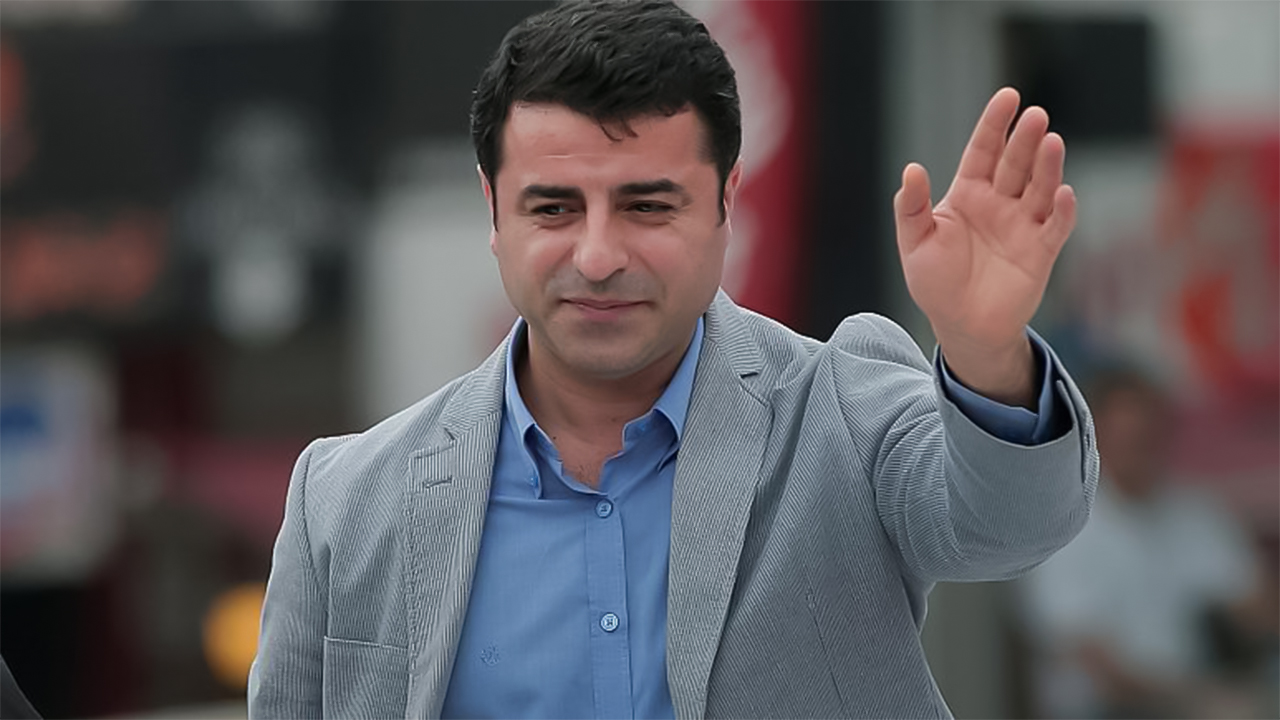 Selahattin Demirtaş*, the imprisoned former co-chairman of the pro-Kurdish opposition Peoples’ Democratic Party (HDP), answered questions from some young journalists on a number of topics ranging from the invasion of Ukraine by the Russia to a recent statement by an opposition bloc on the “transition to a strengthened parliamentary system”.

Below is Demirtaş’ response to a question from journalist Ahmet Ayva, who asked: “While a full-scale war has started between Russia and Ukraine, and is likely to have on Eastern Europe, the Middle East and the rest of the world, what is your assessment of the statements made by the [Turkish] political administration?

Above all, it is important, as a matter of principle, to oppose war and to cry as loud as possible for peace. It’s only ethical to oppose invasions while respecting the will of the people. Yet war, a painful and destructive part of human reality for thousands of years, continues to exist as a political instrument. War in the global capitalist-imperialist system is also one of the means of implementing brutal strategies to shape markets and deal with crises.

The “Western” world today perceives the capitalist system of China and Russia, which it calls “the East”, as a threat, and tries to limit its growth by various means. The “threat” was communism in the past, and now it is “authoritarianism.” It has been made clear for some time now that we will be transitioning during Biden’s presidency in the United States to a bipolar world, a world of “democrats” and “authoritarians.” An international conference on democracy was recently held in the United States, and it was strongly implied that the uninvited states were emphatically the authoritarians.

China, Russia and Turkey were among the non-invitees. The United States and the EU tend to act in coordination with “democratic” countries as they reshape NATO, transforming it into a more than military entity with the aim of restraining the growth of Eastern capitalism, in particular in the economic sphere. Russia and China have long been aware that they are targets and they are trying to find new breathing channels. Their economic activities have increased considerably globally and particularly in Asia, Africa and the Middle East.

The control that these two great military powers have over a significant portion of the world’s energy sources as well as human labor, and the level of their capitalist power beginning to win out over Western capitalism in economic terms, has begun to force the West to act in unison. and take steps to limit eastern expansion.

Russia’s invasion of Ukraine is the first major blow to the very heart of Europe in this great game of chess, played on a global scale. This is the first step in a series of demonstrations of power that will lead to essential changes. Pain and suffering, on the other hand, fall in full force on the oppressed. We are meant to view this war game through the perspective of the oppressed and exploited. We should say that another world is possible as an alternative to capitalism and imperialism, and engage in efforts to make more visible the left perspective which is based on radical democracy, civil rights, labor rights , the rights of different social identities and beliefs, and women’s equality.

In an attempt to deal with the crisis it faces domestically and internationally, the AKP administration [Justice and Development Party] and MHP [Nationalist Movement Party] pursues a pragmatic and unprincipled policy aimed at profiting from the spoils of war.

We, on the contrary, should focus on getting through this process unscathed and should seek victory by defending peace, making the goal of democratic administration a real alternative, supporting workers’ resistance and uniting this resistance with the dynamic struggle for freedom of the Kurdish people.

* Former HDP co-chairs Selehattin Demirtaş and Figen Yüksekdağ have been incarcerated since November 2016, when their parliamentary immunities were lifted and they were arrested. Demirtaş is kept in prison despite a ruling by the European Court of Human Rights that he is imprisoned for political reasons and should be released immediately.