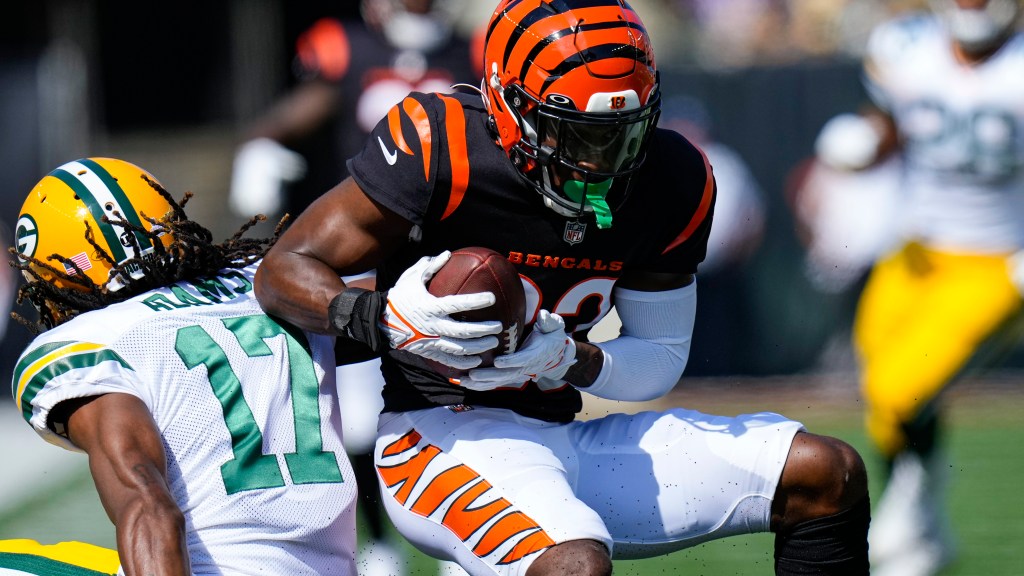 Cincinnati Bengals cornerback Chidobe Awuzie is king and the rest of the NFL are his pawns. Well, at least in the chess world.

The players were divided into two groups of three. Group A included Cooper, Awuzie and Thibodeaux. Group B included Fitzgerald, Armstead and Davis.

Cooper won both matches in Group A, while Awuzie beat Thibodeaux to also advance to the semi-finals. Davis and Fitzgerald came out of Group B.

In Sunday’s semi-finals, Awuzie knocked out the legendary Fitzgerald after trapping Fitzgerald’s king by having his queen and rook remaining while Fitzgerald was one pawn away who was two rows away from being promoted (for non- chess players out there, if a pawn reaches the opposite end of the board, it can be promoted to any piece, so theoretically you can play with two queens on the board).

The final game was a Group A rematch between Awuzie and Cooper, a game we’re likely to see more of on the football field now that Cooper is with the Browns.

Awuzie got the better of Cooper on the board. They will meet on the football field on Halloween, under the bright lights of Monday Night Football in Cleveland, and then again in Cincinnati on December 11. But for now, Awuzie has bragging rights. He’s the king, Cooper was checkmate.