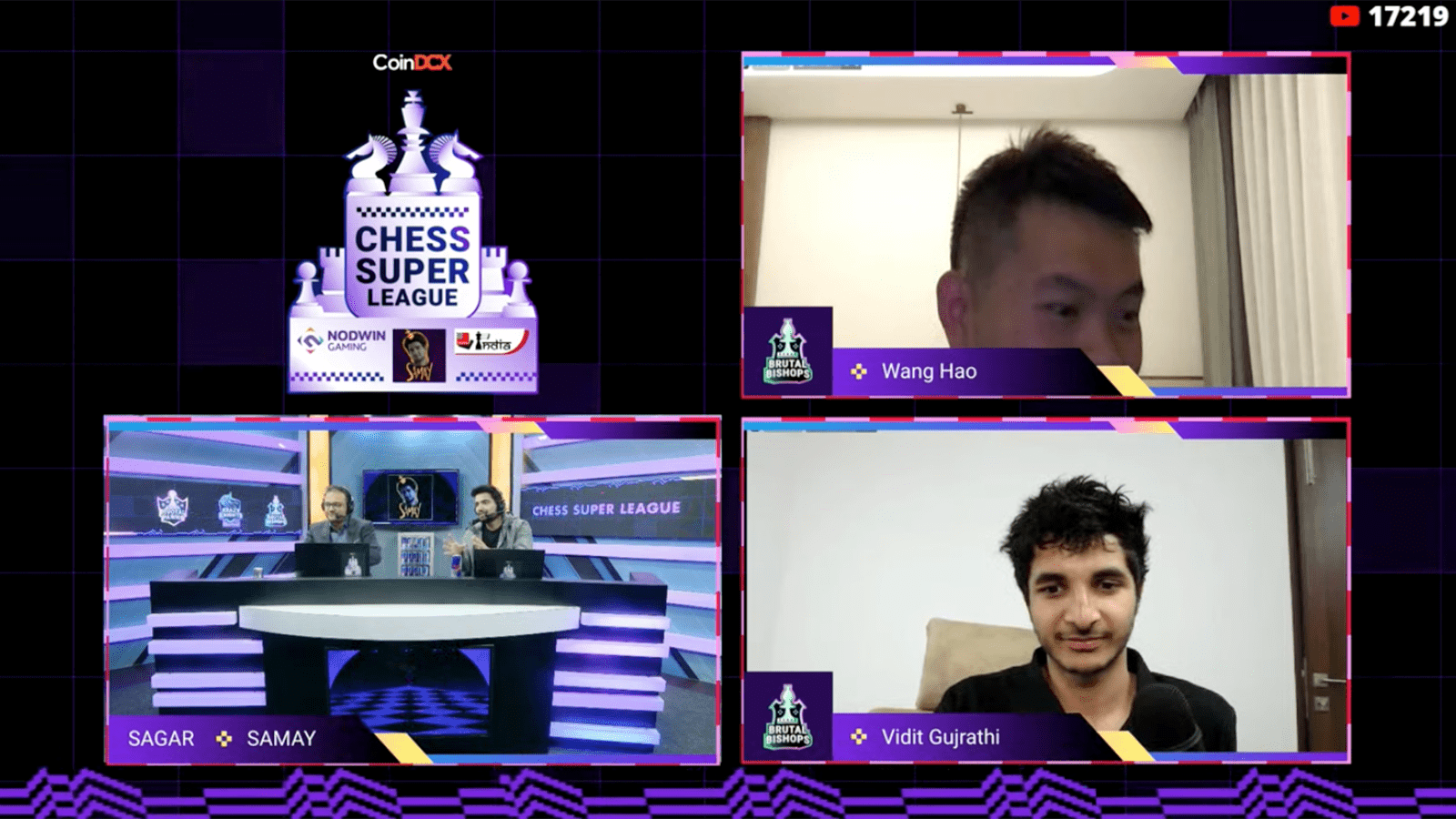 The Brutal Bishops took the lead on Matchday 2 of the Chess Super League on Tuesday. A 3-3 tie with Quintessential Queens was enough for a one-point difference in match points as the other two winners of Matchday 1 lost their second game.

Being the only leader with a single win and a draw is a fairly rare situation for a tournament after two rounds. The Brutal Bishops are in this position as the only team that has yet to lose.

After making a trade for their top board, the Quintessential Queens did well in board two where GM Sergey Karjakin got a quick draw with the black pieces against GM Vidit Gujrathi.

Following the trade, GM Humpy Koneru had to face the powerful Chinese GM Wang Hao, who managed to crush his opponent from a rather boring endgame (“not very deserved, but OK”, according to his own words). Only 38 strokes later, the Indian player made the decisive error which made the match score 3-3.

GM Hou Yifan faced another former women’s world champion for the second day in a row, and this time the world’s highest-rated player looked warmed up and in better shape:

In that match, only the Pivotal Pawns traded their top rings, which allowed GM Anish Giri to play (and beat!) GM Abhijeet Gupta with the black pieces. From only a slightly worse mid-game position, Gupta committed a hara kiri on move 18th, allowing for a nice queen sack:

The best clash of the third game of the day cannot go unnoticed. GM Teimour Radjabov, who recently finished second in the Meltwater Champions Chess Tour final, once again showed his online quick chess prowess by beating GM Hikaru Nakamura with the black pieces. Nakamura was playing two games at the same time which he again combined with his participation in Titled Tuesday:

The Chess Super League will continue with rounds 3-5 from Wednesday to Friday, followed by playoffs and finals on Saturday and Sunday. The games are played with a time control of 15 minutes plus a 10 second increment. The total prize amount for the event is Rs. 40 lakh (US $ 54,000).