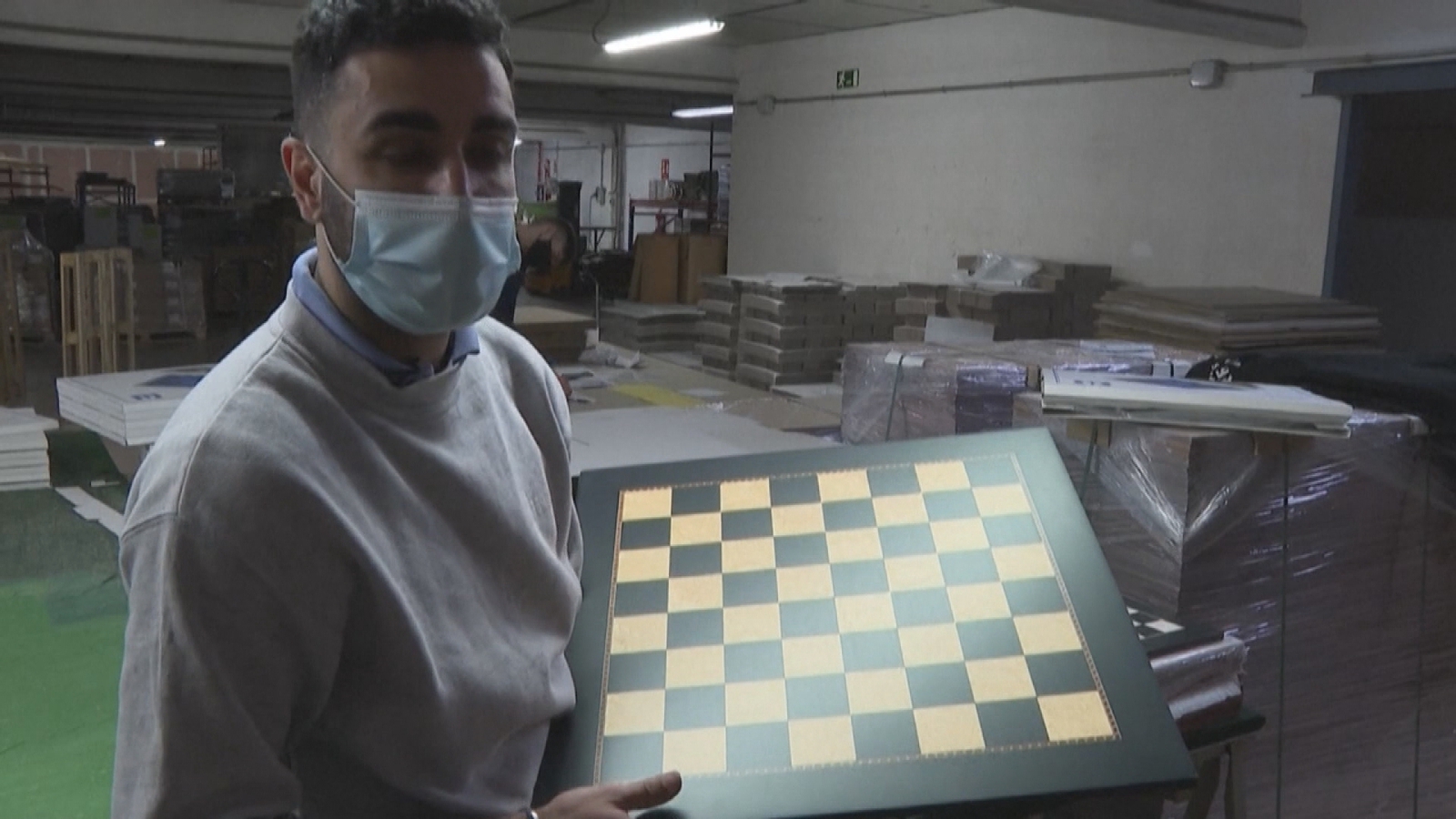 Unlike many other businesses in crisis amid the pandemic, a chess factory in Catalonia has had to hire additional staff to provide its customers with its high-quality chess boards, thanks to the success of The Queen’s Gambit.

Rechapados Ferrer, a small family business, has struggled to keep up with demand since its boards appeared in the award-winning Netflix series about an orphan chess prodigy.

“We have never seen such a boom in demand for chess boards,” said Ferrer, who runs Rechapados Ferrer in La Garriga, the industrial belt that surrounds Barcelona.

The company typically manufactures around 20,000 chess boards a year, but has already received orders for over 40,000 so far this year, thanks to both the Netflix series and the renewed interest in board games during the locking.

â€œAnd there are still many months to go until the end of the year,â€ he said.

Rechapados Ferrer, which has just 14 employees, was founded in the 1950s to provide veneer, or thin pieces of wood, for furniture, but a decade later it also expanded into manufacturing chessboards.

â€œIf my parents could see that,â€ smiles Joan Ferrer, David’s father and the son of the company’s founder.

Although retired, he often visits the factory and still remembers how his parents made the first chessboards in “a small room, sewing and carving the slats of wood”.

Orders started increasing at the start of last year when the pandemic first hit and lockdowns began, but they really took off afterwards The Queen’s Gambit created in October 2020, prompting the company to hire three new workers.

“To meet the demand, we would have to double or triple the workforce. And we don’t want to go down that road because we don’t know how long it’s going to last,” says Ferrer.

Making chess boards is a slow process. A worker first selects high-quality lumber which is cut into long, thin sheets of light and dark colors.

Using a machine, another craftsman sews the leaves tightly together with a sticky thread, constantly checking to make sure there is not the slightest gap between them.

The board is then varnished before being packaged.

“We check the finishes a lot, we try to strive for perfection,” explains Oscar Martinez, a 40-year-old craftsman.

Even if he wanted to, Ferrer said it would be difficult to find more workers to help given the shortage of skilled artisans, whose training lasts “four or five years.”

â€œWe want to grow naturally. It’s a very skilled job and everything takes time,â€ he says.