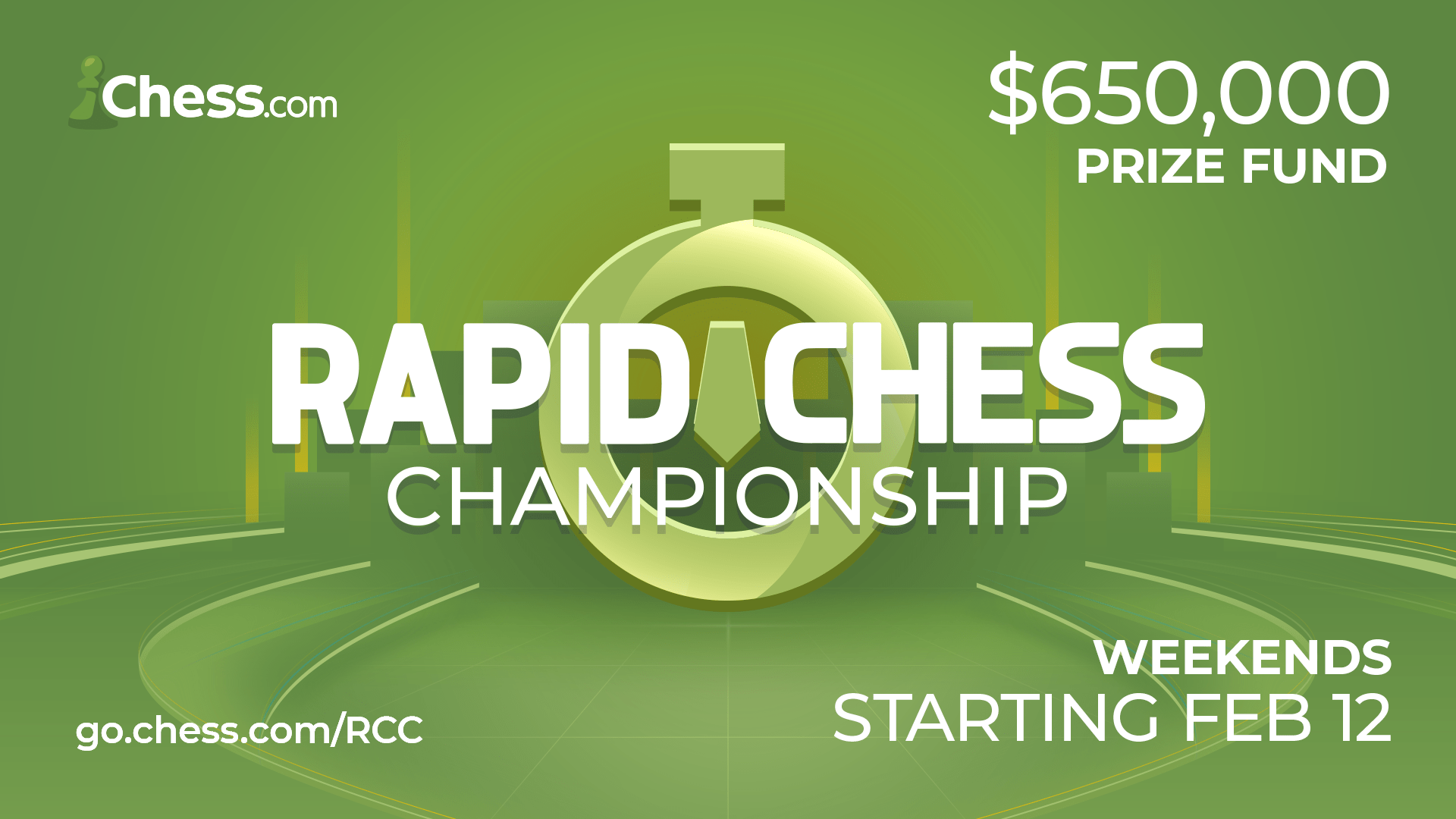 the Chess.com Rapid Chess Championship 2022 is a series of world-class online fast-paced events for the world’s top 100 players, top 10 women and top 10 juniors. From February 12 to August 28, these chess stars will be able to participate in weekly Swiss and knockout tournaments to fight for the top of the leaderboard and their share of the $650,000 prize fund– the largest prize fund in the history of Chess.com.

Make sure you don’t miss a single minute of the action by joining our live stream of the event on Chess.com/TV. You can also enjoy the show on our Twitch channel or access all of our live streams on YouTube.com/ChesscomLive.

Don’t forget to head over to our Events page to follow every detail of the event, including live matches, results, standings and more!

Any player who has been in any of the above categories from January 2021 to the current FIDE list is eligible to play.

The following players have confirmed their intention to participate regularly:

Players compete in a Swiss tournament every Saturday. The top eight Swiss players qualify for a knockout match on Sunday. These weekend events lead to the finals of the Chess.com Rapid Chess Championship, August 25-28.

* Difference due to summer time

To be announced at a later date.

Players accumulate Grand Prix Points throughout the season based on their performance in each weekly event:

The top 12 players with the most Grand Prix points earn the right to participate in the Rapid Chess Championship Finals.

How to play in the event

Covid, convergence and consolidation and the RPA 2021 round tables