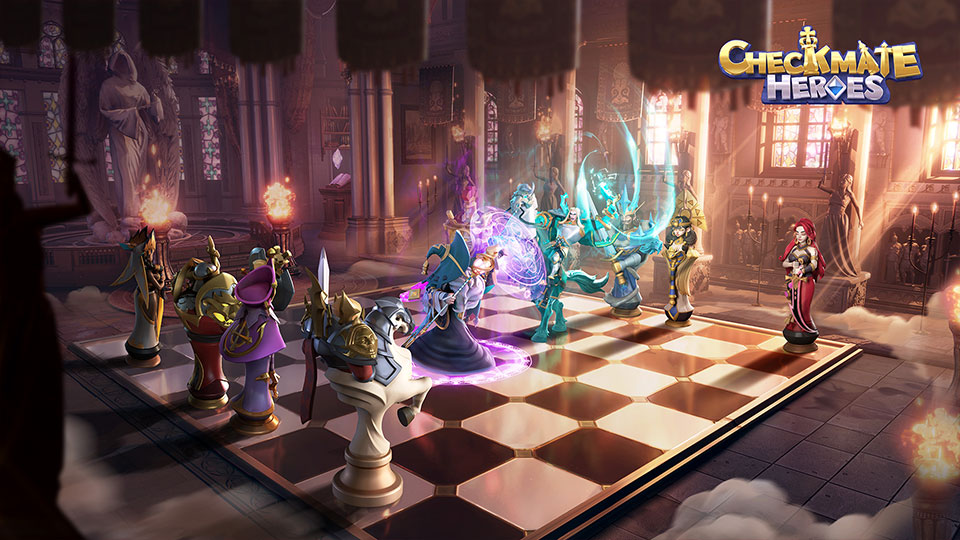 YOOZOO Games has announced that pre-registration for Checkmate Heroes, the idle RPG with chess elements, is now open on Android! YOOZOO Games has been deeply involved in card and strategy games and has developed many high quality best-selling games such as Dynasty Origins: Conquest, Dynasty Origins: Pioneer, Game of Thrones: Winter is Coming, and more. And now legendary heroes and chess have come together in an innovative movement in Checkmate Heroes, where the fantasy world is free to explore!

The fantasy world of Checkmate Heroes is filled with all types of chess elements. Each character will have two forms: chess and human, to fight on the chessboard with. Players will transform into a spirit caller with the ability to awaken chess spirits flowing with the blood of ancient heroes and destroy the remnants of evil forces.

The sleeping heroes are waiting for you to wake up! These heroes have two classifications: identity and class, and the identity and class of heroes will intersect to form a network of bonds and improve combat effectiveness. Develop and strengthen your heroes, gradually build your chess army and restore it to its former glory!

As an idle game, there are no complicated control patterns! The game allows you to merge both pawns and buildings, which players can achieve with a single click. It’s super simple to get unused resources and increase the power of your range. With up to a dozen soldier types, you can create a flexible army based on your current needs. Deploy a variety of troops in different terrains and use strategies to turn the tide on your enemies!

The game will launch the Chess Warriors Assemble event on social media in October, where players can collect chess through a lottery to create their own chess pieces. There is also a chance to get a rare chess piece! With generous idle rewards, Checkmate Heroes takes the drudgery out and lets you play anytime, anywhere！

Since Checkmate Heroes pre-registration opened, YOOZOO Games has been offering rewards to everyone if specific milestones are reached! Step into this magical world to show your strategy and tactics on the chessboard and gather the force of legendary heroes to defeat your enemies！