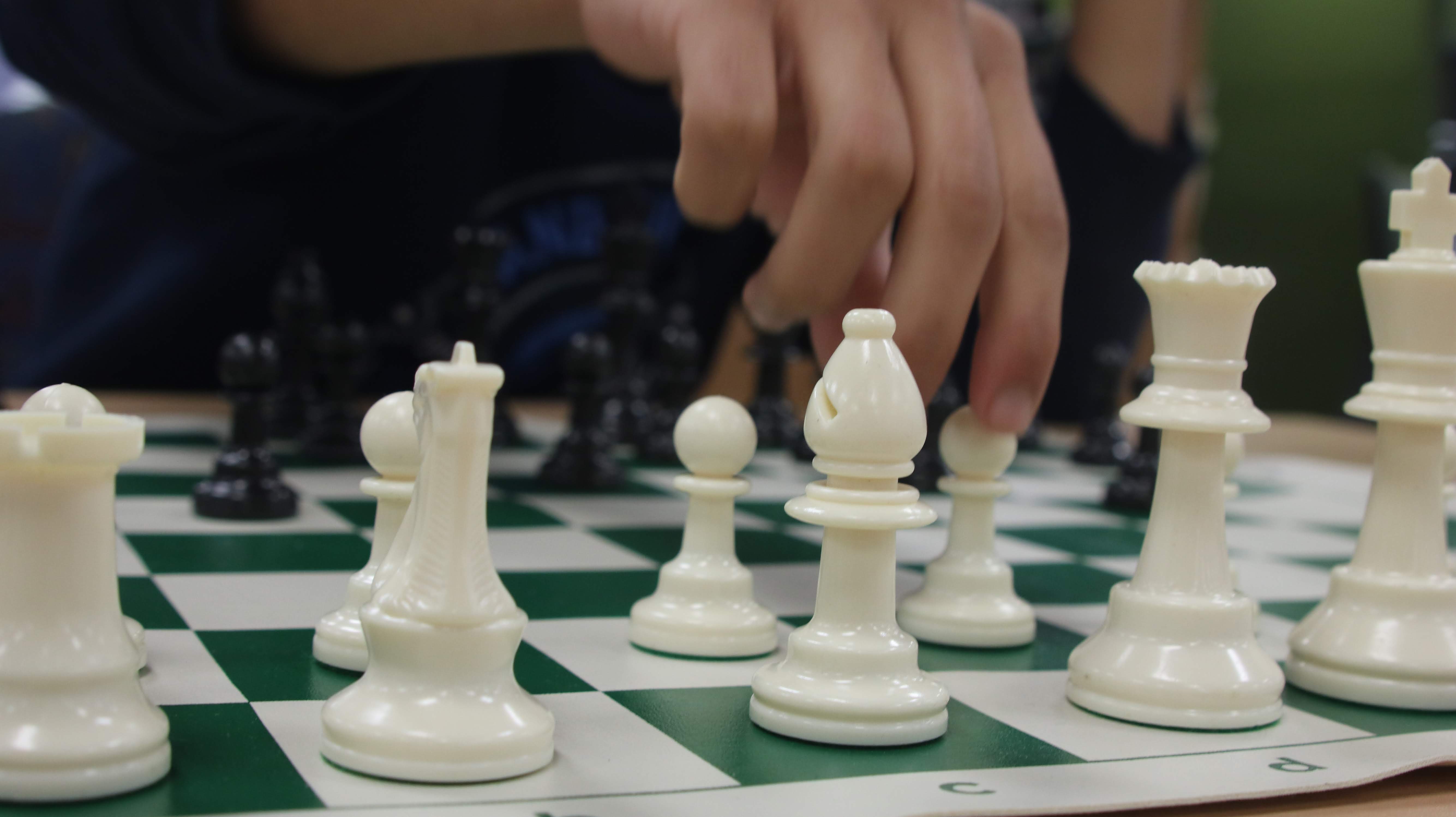 The Grand Rapids Community College student-run chess club meets every other Wednesday at the library to play chess. On the weeks when they don’t meet to play chess, they have a meeting to discuss the next actions for the chess club. Recently, they have been thinking about the idea of ​​organizing chess tournaments in collaboration with the Board Gaming Club.

At meetings, the Chess Club teaches new members how to play chess, and those who already have experience play with each other.

The Chess Club offers several different types of chessboards in addition to traditional chessboards. One of these boards contains a timer so players can time how long it took them to complete each move. This type of chess board is more official than normal chess boards. Another board used by the club records every move a player makes and puts it into a computer. The computer can then give the player hints on what move to make next.

Abraham Santos, 18, from Los Angeles, is the secretary of the Chess Club. He times the games and organizes events for the chess club. Santos learned to play chess two years ago while in juvenile detention. While in custody, he said someone with Down syndrome taught him how to play.

“It really caught my attention because, you know, I like to think,” Santos said.

Once out of juvenile detention, Santos downloaded a chess app and started playing chess every day. Santos joined the Chess Club last September at the GRCC.

The Chess Club meets the second Wednesday of each month from 2:30-3:30 p.m. at the library and continues to meet every two weeks to play. The club currently has 13 members, but anyone is allowed to join either using the Raider Connect page or attend and register for a meeting.

“Come have fun, have fun, learn, because when you learn chess, you learn life,” Santos said.

After 12 draws, the World Chess Championship will pick up speed: NPR