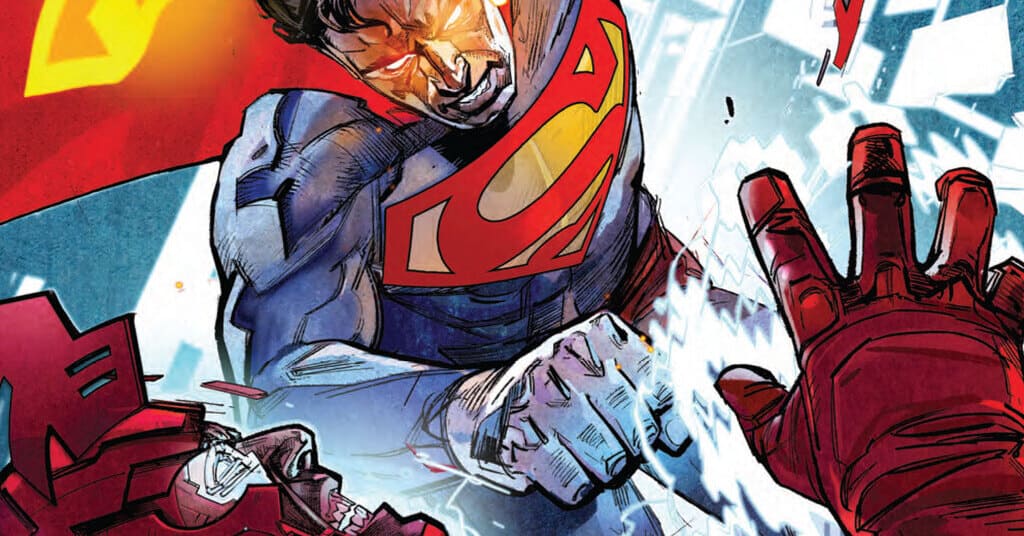 The Leviathan saga continues in Brian Michael Bendis and Alex Maleev’s Checkmate # 4. Overall this has been one of the best issues in Checkmate and the Leviathan books in general. On the one hand, it was the first time we saw the team in action, even if it was because they had to. I’m torn between wanting to see the team do more and wanting Superman to rush in because the show seems to be riding his ponytails, or cape in this case. Sadly, it looks like Leviathan doesn’t have the power to stay on, mostly because it looks like Bendis and DC are already moving away from it. The range of the series seems too great for the little that is actually going on.

With Bendis’ move to Dark Horse and delays due to the pandemic, Checkmate seems to have lost its spotlight and momentum. Each issue makes me want more, but in the “is that all?” ” sense. At this point, I wouldn’t mind if Superman was in the spotlight. There isn’t much espionage other than the team standing in a dark room talking. However, this issue included a fight between Leviathan’s forces, led by Guardian and Meryln, and Team Checkmate. The team that was caught off guard and barely made it was the most exciting part of the series with smooth action thanks to Maleev and Stewart. However, the cover could have been my favorite part of the issue. Maleev brilliantly illustrates the power and strength of Superman tearing Shaw’s armor apart. This is what I want to see at this point. Right now, the show is like watching two people play chess on their phones in separate rooms.

In addition to the cover, Maleev’s art was amazing, as always, and the highlight of the show. Dave Stewart continues to elevate him with his colors. For a team that operates in the shadows, Stewart takes Maleev’s art up a notch and keeps him from getting lost in the dark. Maleev is a master at his craft, but he is not given a lot of work. However, Maleev somehow makes people in a dark room interesting. Hope Maleev and Stewart get the chance to really show off their talents in future issues because the action we saw at the end of this issue was a lot of fun and hopefully a taste of it. that will happen.

Savchenko wins title on Tuesday against Nakamura in multi-tournament