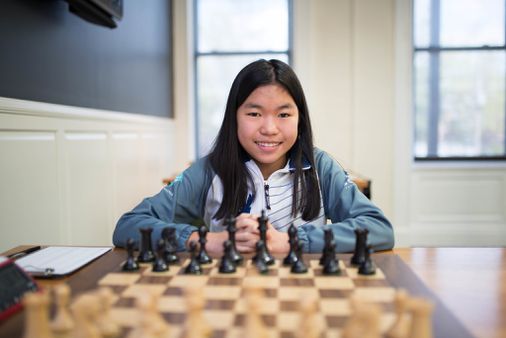 The competition is the most prestigious national chess championship for junior players under the age of 21. The Chelmsford native, now a resident of Andover, won $ 3,000 and an invitation to compete in the 2020 U.S. Women’s Chess Championship, where she placed 8th overall this year.

According to his profile on the US Chess Champs website, Yip has set record after record since a young age. At 9, she became the youngest to achieve the title of Expert. Days before her 11th birthday, she beat Grandmaster (the highest title a chess player can achieve) Alexander Ivanov at the New England Open.

Yip is taking a year off from high school this year to continue pursuing his passion for chess. Metro Minute told him about his chess journey so far. (Comments have been edited for length and clarity.)

Tell me how you got into chess?

Chess is a mentally stimulating game, which is what I love about it. In kindergarten, there was a chess club in my school, but you had to know the basics to attend. So my dad taught me for a year, and in first grade I started playing in the chess club. I did well, won awards and have been playing ever since.

Describe the first memory you have of failures.

I never liked losing to my dad. I would ask my mom to tell him to let me win on purpose, but he always said I had to win him. I was really excited the day I beat my dad. We were playing in front of the TV in the living room, and my dad messed up and I’ve already seen checkmate ahead. He saw it after he played the shot and tried to take it back, and I was like, “No, sorry. Checkmate.”

You beat a Grandmaster a few days before your 11th birthday. What are your secret chess tips?

The most important thing to remember when playing chess is that you are playing for fun. Just keep it light; there is no need to get angry. The thing is, when you play a grandmaster they are always trying to get the edge against you. Usually they’ll play risky moves, but if you play solid and don’t make big mistakes, you’ll be fine.

A young chess player defines a new strategy: “faith in myself” | News