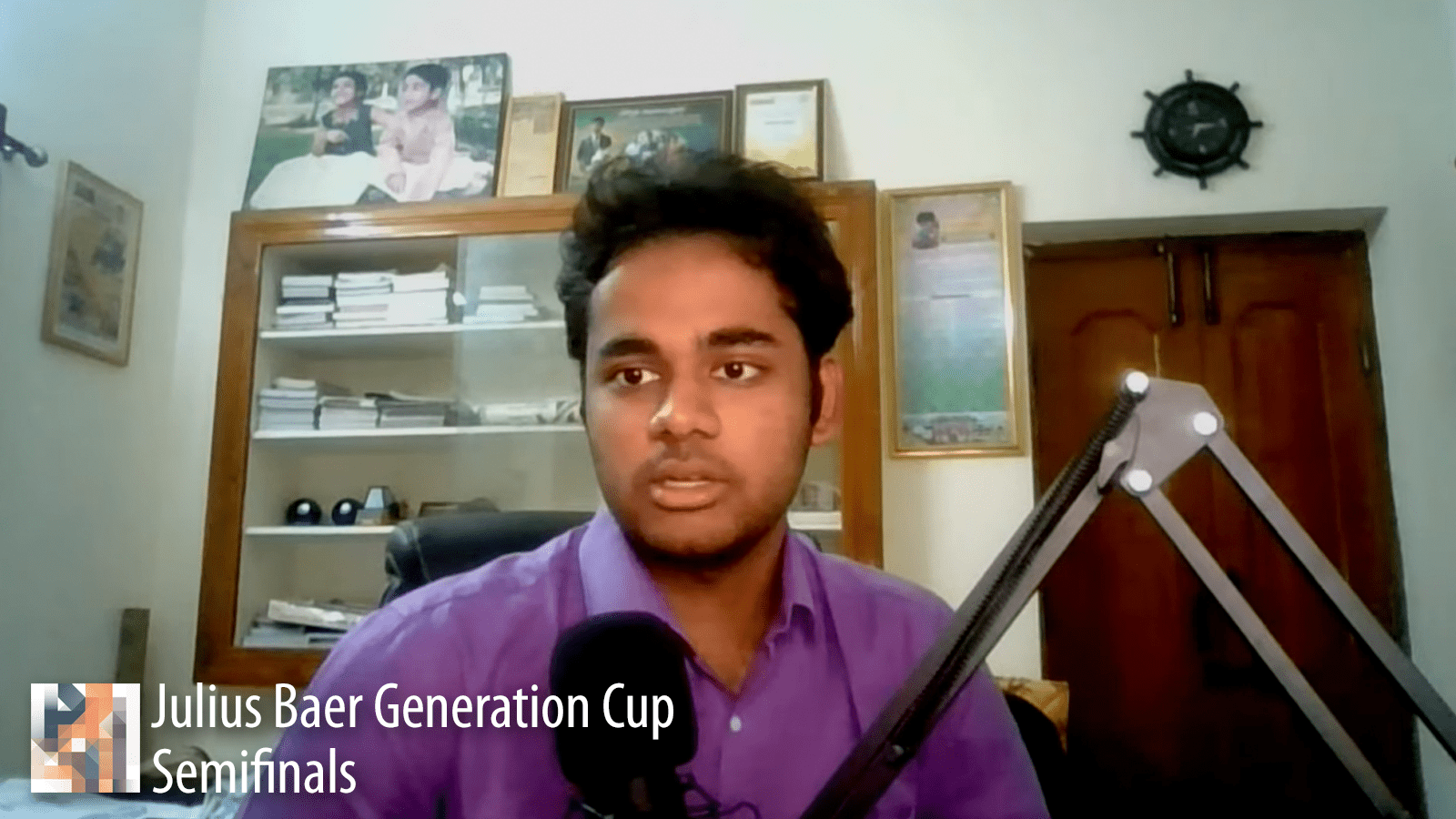 Keymer, 17, fought well in his match against the world champion, who said he was impressed with his opponent’s play. After two draws, the third game was a bit critical.

“Game 3 was a shame,” Carlsen said with a wry smile. “I had done everything right up to a point and then I slipped up at one point, made the wrong trick move. I realized my mistake right after, which was a bit disappointing. Anyway, afterwards it was pretty even, then I still managed to overtake him and even after that I made a simple mistake because I played a little too fast in a good position.”

I play to win, I push, I push, and then if that’s not enough, I try to push even more.
—Magnus Carlsen

Erigaisi started with a victory with the white pieces in a very sharp Italian game, where precise calculation made the difference:

Missing a victory in game three, Erigaisi then fell in fourth:

Erigaisi pulled himself together, helped by some pep talks from his parents between the rapid and blitz segments, and won both blitz matches.

“The game was very tight,” he said. “I could have finished it in the third game but I hesitated a bit, I didn’t find the killer 35… Bd2 and after that fourth game I was very nervous and played badly. After having lost the fourth game, I was I don’t know how it would go, but I’m glad I managed to win it.”

After losing the FXT Crypto Cup Finals in Miami to GM Praggnanandhaa R. in the blitz playoffs last month, Carlsen will now face another Indian teenager. The two have only faced each other three times before: draws in the Goldmoney Asian Rapid Tournament (June 2021, online) and the World Blitz Championship (December 2021) and Carlsen’s win in the prelims for that event.

The seventh event of the Champions Chess Tour 2022, the Julius Baer Generation Cup, will take place from September 18 to 25, 2022 on chess24. The preliminary phase was a rapid round robin (15 | 10) with 16 players. The top eight players advance to the knockout stage which consists of two quick four-game matchdays, which progress to blitz (5 | 3) and armageddon (white has five minutes, black four with no increment ) only tie if a knockout match is tied after day two. The prize fund is $150,000.