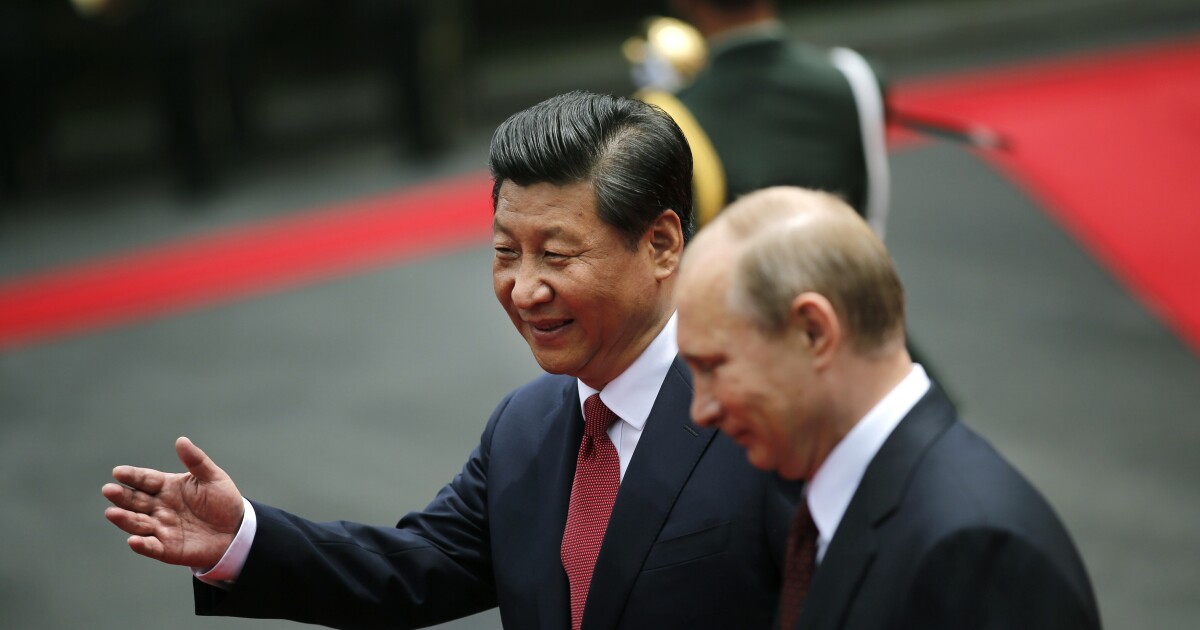 VSChinese Secretary General Xi Jinping and Russian President Vladimir Putin released a joint statement of more than 5,000 words earlier this month outlining their shared vision for a world order not led by the United States.

President Joe Biden reportedly responded with a new “Indo-Pacific Economic Framework” that will address digital trade, supply chains and “green technology” with friendly nations. It is not enough.

Nor the COMPETES Act, which rolled out of the Democratic-controlled House this month. Doused with national payouts to Big Labor and slush funds for unaccountable foreign entities such as the United Nations, the House legislation shows a Democratic Party far more obsessed with diversity, equity and inclusion in the labs of the countries only by ensuring that these labs keep the United States technologically ahead of China.

China has a clear idea of ​​what it wants to achieve in the next generation. His joint statement with Russia supports Putin’s vision of a new European order in which NATO is only allowed to shrink. Russia backs China’s opposition to US security deal with Australia and UK, demands West turn a blind eye to aggressive Chinese claims over Hong Kong, Taiwan and South China Sea .

These shared diplomatic interests go hand in hand with growing economic ties. Russia is now China’s second largest supplier of crude oil and its third largest supplier of natural gas. Last year, trade between Russia and China reached $147 billion, making China Russia’s biggest trading partner. This relationship will grow as the countries have agreed not only to work together on Arctic development, but also to harmonize China’s Belt and Road Initiative with Putin’s Eurasian Economic Union.

Biden will apparently respond with “a set of individual agreements” that will exclude “legally binding market-opening measures that require congressional approval.” It’s not impressive. It’s too bad that Biden feels so weak that he can’t defend his favorite policy to Congress.

Now is not the time to limit strategic moves because they require congressional approval. Then again, judging by what House Democrats have added to the COMPETES Act, his reluctance is understandable.

Nearly eight months ago, a bipartisan majority in the Senate passed legislation that would have invested $190 billion in research and development and $50 billion in building US semiconductor manufacturing capacity. . This bill sat dormant in the House all last year without any leadership from Biden. Finally, after the death of Biden’s Build Back Better program, the House picked up the bill from the Senate this year and quickly stuffed it with irrelevant provisions. They added a long-sought and irrelevant card check provision for Big Labour, created an $8 billion climate slush fund for the UN, and added divisive and unnecessary “diversity, equity and inclusion” bureaucrats to the National Science Foundation. All these superfluous and unnecessary elements must be removed by the Senate for this bill to become law.

The battle lines are being drawn for a new cold war. Pieces are put in place. Biden needs to stop thinking small with country-by-country deals and adopt a cohesive view of how the United States will confront and contain China. So far, Biden is failing in this task.