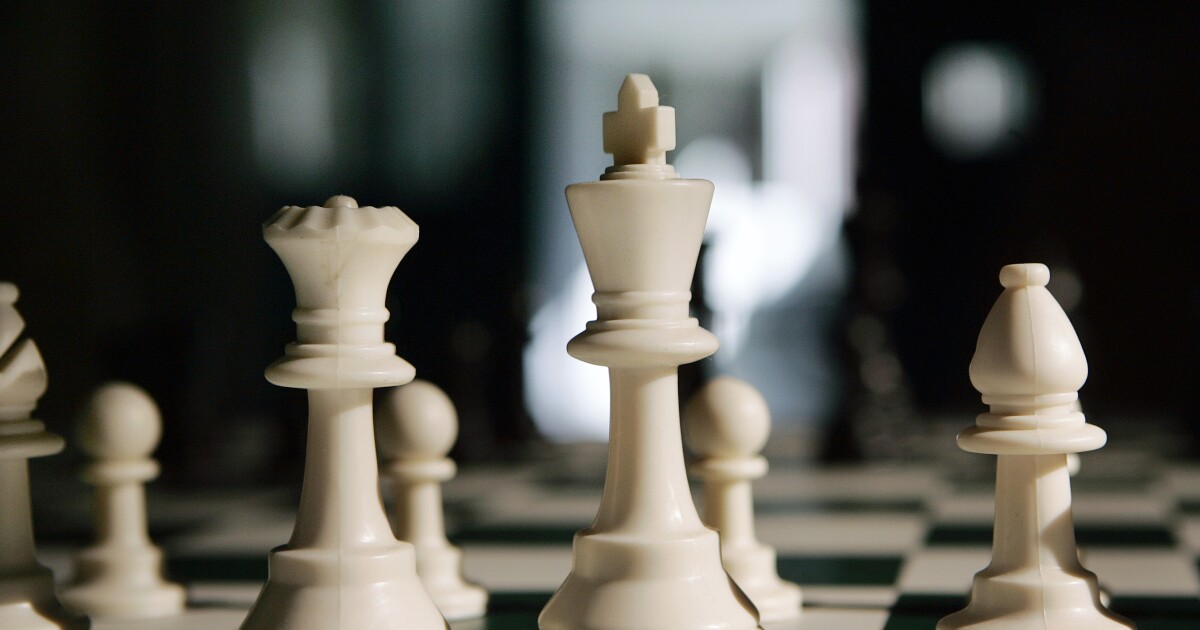 AMES, Iowa (AP) — Irene Fei of Ames studies the chessboard with a frown even when her opponent has almost no skill in the game. It’s because this 9-year-old girl is taking her world championship title seriously.

Of course, it’s a game. But it’s also a passion.

Irene started playing chess in kindergarten because her parents, her mother, Yan Jiao, and her father, Zhe Fei, wanted her to attend an after-school program in their Gilbert school district while they were at work. . They have just chosen a chess club.

“We weren’t aware of his gift,” Fei told the Ames Tribune. “And, amazingly, she was beating third graders quickly.”

Fei said that when the chess coach told them that Irene was an outstanding player, they just ignored him. But when the coach approached them again, they took it more seriously.

“When we found her a private coach, she progressed very quickly,” Fei said.

In June, Irene won the International Chess Federation (FIDE) World Chess Championship in the under-nine category. The competition took place in Panama City, Panama from June 10-19. She turned nine during the tournament.

In July, she will be in California to attend the National K-5 State Champions Championship as the Iowa State Elementary Age Players Champion.

Her parents hope that Irene will make it into the top 20 contestants.

“She will be playing against fifth graders, and it will be very difficult,” Jiao said.

Irene says many elements of the game drive her passion.

Irene said she plans her chess moves three to six steps in advance.

Once Irene has analyzed her opponent’s ranking on a national or international scoring system, she will present her best possible opening move, Fei said.

Each opening move has a different theory behind it, Fei said. Irene studies and memorizes theories and strategies not just by playing the game, but by studying chess books.

Gilbert’s third-grade teacher Katie Nees, who has taught Irene for the past year, said the youngster brings a lot to the class and her fellow students every day.

“She’s so fantastic,” Nees said. “She is so much fun. She is very kind and thinks of the other children first. And she’s a fantastic leader, who always wants to do the right thing.

Nees said she saw Irene thrive, help other students when they needed it, and just be a good friend.

And she said she was impressed when Irene’s parents came to student-teacher conferences – they were equally interested in how Irene was doing socially and academically.

“Her parents have done a great job of keeping Irene around and making sure she makes friends and joins her friends in the fun,” Nees said.

“If she still has a great passion for chess, we will support her,” Fei said. “If she chooses chess as a career, that’s up to her. But of course she will have to go to university. That’s also important to her.

Another Irene fan is Jim Hodina, president of the Iowa State Chess Association. Hodina said these days he fills his life with more teaching and coaching than actual playing.

Hodina teaches chess for the College Community School District in the Cedar Rapids area. Last year, he had 125 children in his program. He said of those students, maybe around 40 will play in tournaments and maybe a few of them will excel at higher levels.

Interest in chess has increased over the past two years, Hodina said, due to the pandemic and the Netflix show, The Queen’s Gambit. The pandemic has driven people to online chess sites like chess.com, lichess.org and kasparovchess.com.

Hodina said all three websites are a good choice for anyone who thinks they want to try chess. The sites offer games, puzzles, and videos to teach the basics and more advanced skills. He also suggested contacting a local chess club.

The Iowa State Chess Association is offering summer camp July 19-23 for students in kindergarten through high school. Information is available at chessiniowa.org.

Irene agrees that chess.com is the best place to go to start learning chess.

“They have lessons and puzzles there. If you can’t solve the puzzle, they will move you to an easier puzzle or move you to a hard puzzle,” Irene said.

Irene encourages others to try chess.

“And if they’re interested, they should play chess and maybe have fun,” Irene said.

Download our apps today for all our latest coverage.

Get the latest news and weather straight to your inbox.