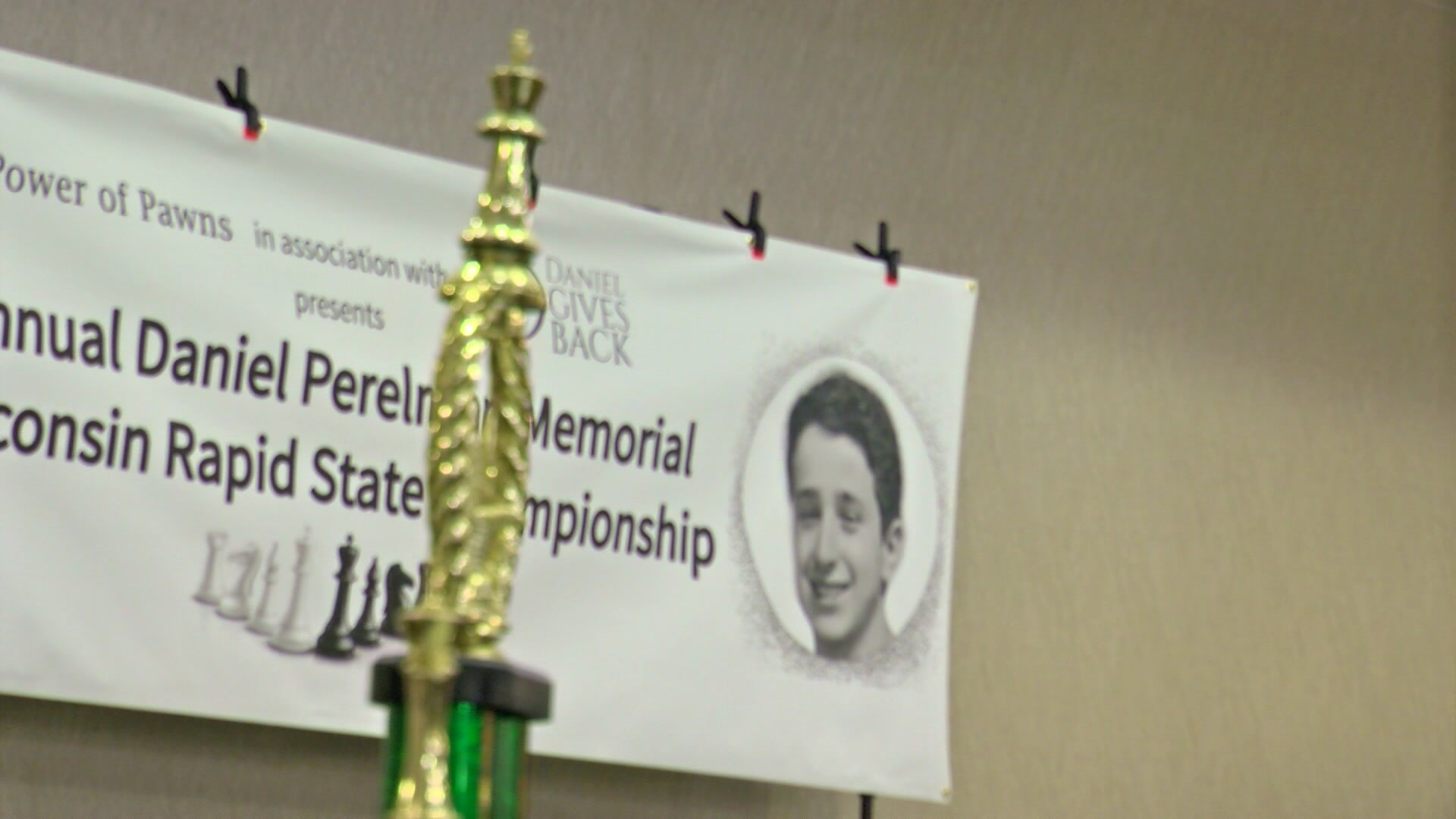 BROOKFIELD, Wis. (CBS 58) – The community of Brookfield continues to remember 18-year-old Daniel Perelman, who died in a plane crash last May during one of his first solo flights.

On Saturday, October 15, he is not only remembered as a young man with a bright future, studying to become a surgeon at Northwestern.

He is remembered with a chess tournament, something his family and friends say was one of his greatest passions.

Benny said that by the time Daniel was 10, he had no chance in a chess match against Daniel.

Benny says that while Daniel was an accomplished chess player, there was more to it.

“More important than a trophy or a title here and there, it helped, like I said, to make him who he is, to build his character,” Benny said.

He said that’s what he hopes people of all ages who come out can learn from the tournament.

“Learn to lose with grace, learn to approach someone you just beat or lost,” Benny said.

Power of Pawns founder and event organizer Krish Sharma can be seen in photos next to Daniel when they were young boys.

“Me and Daniel, we go back,” Sharma said, adding that everything changed after Daniel died in the crash. “It completely turned my world upside down.”

Now he is working with friends and family Perelman and Daniels to continue his legacy.

“They all know he was not just a great chess player, he was a chess enthusiast,” Sharma said.

Many people present on Saturday played with Daniel.

“Everyone knows he really had an impact on the chess community,” Sharma said.

Sharma says he hopes Daniel’s kindness and love for others will be remembered.

“He was passionate about the people around him, he was a really good soul and I think as I got older I really got to see that side of him,” Sharma said.

“We hope they can kind of learn a lesson from who he was as a person,” Benny said, “to learn more about Daniel and his story, but also about the game of chess.”

Benny says the presentation of Brookfield Academy, Daniel’s alma mater and the chess community is touching for them.

“We are constantly, continuously surprised and overwhelmed by the response from the community,” Benny said.

Daniel’s sister, Lola, says for those who knew him, it shouldn’t be surprising how many people came out to show their love.

“I’m not very surprised, just because I know so many people loved him and all that, so I’m really, really happy,” Lola said.