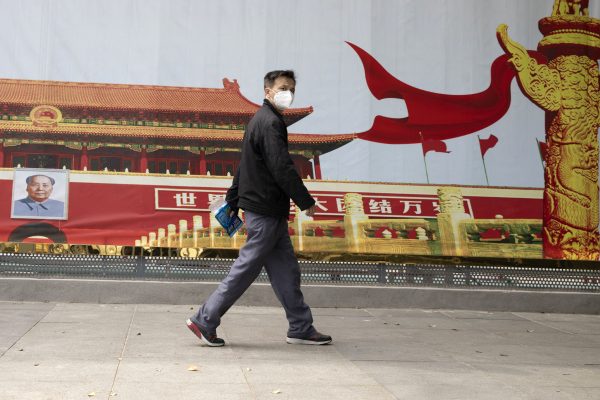 A central-local “chess game” – The diplomat

It is wrong to assume, like most Western media and Chinese propaganda, that COVID-19 in China is contained by the central government, or â€œBeijingâ€. The vast majority of measures in the event of a pandemic are local in nature. They have been promulgated by provinces and cities and vary widely. The strictest rules still applied in the first epicenter of the pandemic: the city of Wuhan in Hubei province. Such a difference in local regulations is anything but usual in China. The most populous country in the world rejects federalism as a political â€œtabooâ€. The state and the party are not built from the bottom up but by â€œdemocratic centralismâ€. â€œTop-down governanceâ€ and â€œtop-level designâ€ grew further under Xi Jinping. And in times of crisis, decision-making usually becomes even more centralized.

Yet it is precisely in the midst of the coronavirus crisis that Xi Jinping himself refuses to “cut with one knife”. The central Chinese level has not put in place “general policies” for the whole country. This is all the more surprising given that in the face of COVID-19, highly decentralized countries such as Switzerland and Austria have resorted to â€œone-size-fits-allâ€ national regulations.

It is fair, however, to ultimately trace it back to the central level of COVID-19 containment in China. Xi demands to treat â€œthe whole country as one game of chessâ€. This means that pandemic containment must be differentiated locally, but its fundamental decisions must always be commissioned or at least approved by the center. The cities and provinces will thus enact their own measures, but as â€œagentsâ€ of the center. This central-local COVID-19 ‘chess game’ is played by not state but Communist Party (CCP) rules like the CCP “rules everything” including the state, the army and the people.

There are therefore other â€œpiecesâ€ on the Chinese â€œchessboardâ€ than in liberal democracies. At the national level, the Party organs are headed by the same people as the central state organs. At the local level, on the other hand, Party secretaries are not identical to local heads of state, but rather superior to them. This results from the Internal hierarchy of the CCP: that of Wuhan Party Secretary Wang Zhonglin ranks above Wuhan Mayor Zhou Xianwang, who is only the city’s Deputy Party Secretary. In the coronavirus crisis, new local chess pieces have been added, especially the ad hoc â€œWuhan Headquarters for the Prevention and Control of COVID-19â€. In violation of national law, this seat constitutes a mixed State-Party body. It is chaired by both Party Secretary Wang and Mayor Zhou, and composed of both government and Party committee members.

Moreover, the central level uses these chess pieces differently than in liberal democracies. The center controls and directs local units not through state channels but through an intermediary: the Communist Party. This allows for three types of sophisticated â€œchess movesâ€.

First in “normal times”, the center regularly performs a triple movement: horizontal-vertical-horizontal. Central state leaders act as Party leaders (a horizontal movement between the Party and the state at the same level of governance) in order to command the municipal branch of the Wuhan CPC (a vertical movement between levels of governance ). Wuhan CCP organs then control and influence Wuhan state organs (another horizontal movement). Such a triple move has decisively tightened the containment of the pandemic in the “mid-game” of COVID-19 failures. At On February 10, Wuhan introduced “closed management” for all districts, without providing details yet. This change of direction stems from the decision of the replace Wuhan and Hubei Party secretaries, which had failed in pandemic containment. Wuhan’s new Party Secretary Wang Zhonglin, appointed on February 13, immediately implemented the centre’s strict line on COVID-19. Only a day later the On February 14, Wuhan tightened “closed management” to include a curfew for most of the population and an end to public life.

Second, in “crisis mode”, this chain of command is often reduced to a double movement: horizontal-vertical. During the coronavirus crisis, central state leaders, still in their role as Party leaders, mostly give direct orders to the COVID-19 headquarters in Wuhan. As a mixed state-party body, the seat is directly linked to the command of the CPC Central Committee. Such a double move led to the “opening” of the COVID-19 chess set: originally the siege of Wuhan had only soft measures planned, such as promoting handwashing and canceling mass events from January 21. But on January 22, Sun Chunlan embarked on an “inspection tour” of Wuhan, acting both as part of his state and Party functions. Sun is the state’s deputy prime minister as well as a senior member of the CPC Politburo, and she chairs the “National Patriotic Health Campaign Committee” and the “Joint Mechanism for COVID Prevention and Control Work.” 19 â€as well as theâ€œ Central Steering Group for COVID-19 Work. In Wuhan, sun ordered “local Party and government officials to resolutely prevent the epidemic from spreading to other regions.” Only a day later the Wuhan headquarters announced the brutal lockdown on January 23 from the city. In principle, all individuals were prohibited from leaving and later also from entering the city. Sun’s “inspection speech” clarified that in addition to the Wuhan headquarters and Party organs, local state organs must also directly obey the Party center. Therefore, Wuhan Local People’s Congress Openly Said It Will Act By ‘Call’ And ‘Command’ not only from the local Party branch but also from the CPC Central Committee.

Learn about the story of the week and develop stories to watch from across Asia-Pacific.

Third, in exceptional circumstances, the central level may even act itself in â€œlocal affairsâ€ related to COVID-19. This direct approach results in a single vertical movement because the â€œmicromanagementâ€ of the center has yet to be implemented by the local bodies. Such a unique move characterized the preliminary ‘endgame’ of COVID-19 failures. Originally, the siege of Wuhan allowed individuals to enter and exit the city as “early” as February 24. However, Wuhan revoked this decision the same day, as had been done “without the consent of fellow leaders” in Beijing. Instead, the the central leaders themselves, in their role as heads of state, announced the concrete entry-exit dates for Wuhan. Migrant workers were allowed in and out of the city from March 25. Other people were able to enter by train from March 28 and by other means, as well as out of the city, from April 8.

China’s â€œCOVID-19 failuresâ€ thus mirror the country’s central-local system patterns that have been observed for thousands of years. Local units like Wuhan serve as a “pawn sacrifice”: they must announce the bad news of the lockdown and closure, and strictly enforce these policies “at the bottom of the table.” The central level, on the other hand, has the privilege of being the â€œchess masterâ€. He gives the good news of the easing of restrictions and governs the country apparently by “no action”. Such “scapegoats”, on the one hand, strengthen the central power of the CCP as they form the basis of the considerable popularity of central leaders in China. On the other hand, it endangers the Party-state government because it ruins the trust of Chinese citizens and academia in local levels. The more local a unit, the less trustworthy it is – with negative consequences for the administration of the whole country.

The reason for this “chess blunder” is that Chinese local units can severely restrict the rights of citizens without being accountable to them. In Wuhan, this resulted in excessive COVID-19 measures encroaching on a myriad of freedoms of millions of people for several months. In order to ensure popular trust in the state and the Party as a whole, China’s central leaders should therefore hold local units accountable to citizens. They should introduce direct elections at the municipal level, strengthen participation in decision-making and allow individuals to exercise legal remedies against local laws and policies affecting them. This would not only avoid flawed local policies that ignore the real needs and interests of the people. It would also keep the constitutional promise of the “People’s” Republic of China: people being the “master of the country”, during the coronavirus crisis and beyond.